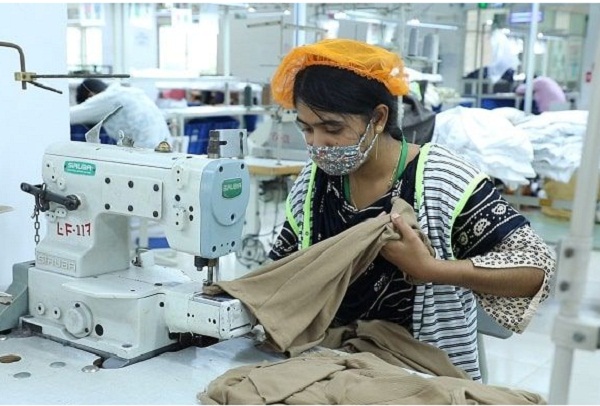 With a massive 84 per cent contribution to total exports earnings of Bangladesh, the readymade garment (RMG) sector witnessed depreciation in the just-ended fiscal year (FY) 2021-22. As per a Textile Today report, Bangladesh’s RMG exports totaled $42.61 million in FY 2021-22 while import of textile and apparel raw materials was worth $19.43 billion. Net exports therefore, stood at $23.22 billion during the year, resulting in a drop in value addition to 54.50 per cent. The decline in apparel value addition can be attributed to a rise in global freight charges coupled with high prices of other raw materials, says Faruque Hassan, President, BGMEA.

As per Shovon Islam, Director, BGMEA and Managing Director, Sparrow Group, the drop can also be attributed to a rise in volume of apparel exports and improvement in export freight on board (FoB) value per garment. In fact, increase in FoB value per garment exports has not led to an increase in percentage of value-addition in them, he explains.

The increase in cost is being borne by manufacturers while buyers are paying for the increased cost per garment’s FoB value. The 10 to 15 per cent cost increase in the $42.61 billion RMG exports earning is eating up $4 to $6 billion from exporters’ earnings resulting in net RMG export earnings falling to $38 billion.

Since the last 5-6 years, Bangladesh’s apparel exports grew 10 to 15 per cent even after adjusting raw material import cost. Overall, RMG shipments have reached pre-COVID growth levels. This growth is a result of the resilience shown by apparel entrepreneurs. Normally, for manufacturers, imported raw materials make up 60 per cent of the cost, to which they add 40 per cent value. However, with an increase in raw material costs, value addition has dropped, Islam explains.

Another important reason for a decline in value addition by Bangladesh manufacturers is the overall change in fashion choices among global consumers. Consumers no longer prefer plain cotton-made garments. Instead, they opt for cotton blends – like Lycra, poly-based knit fabric among others. And since these fabrics are not produced domestically, Bangladesh manufacturers need to import them at a high price, leading to a drop in value addition, Islam sums up.