TPP puts Bangladesh in a hard place with its RMG exports

"Experts feel Bangladesh might lose its competitive edge in global apparel business after the signing of the trade pact. Their exporters may face an uneven and tough competition. TPP is aimed at cutting trade barriers and setting common standards for 12 countries. More than 18,000 taxes imposed by various countries on the US products will be eliminated under it, when it comes into effect."

Bangladesh needs to revamp its trade policy so that it can be better prepared to face the situation that may herald the beginning of a new era of trade liberalisation globally through 'mega-regional' agreements. The fear about Bangladesh finding itself in a situation where it loses its current position as the world's second largest apparel exporter is quite worrying, feel experts. World’s one of the biggest multinational trade deals TPP was signed by 12 member nations in New Zealand recently but the trade pact will require years of tough negotiations before it becomes a reality. The deal, which will cover 40 per cent of the world economy, has already taken five years of negotiations to reach the signing stage. Analysts say the massive trade pact will still require years of tough negotiations before it becomes a reality. 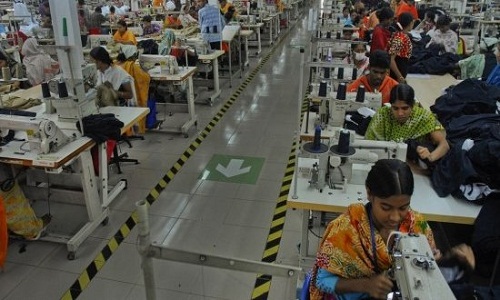 Experts feel Bangladesh might lose its competitive edge in global apparel business after the signing of the trade pact. Their exporters may face an uneven and tough competition. TPP is aimed at cutting trade barriers and setting common standards for 12 countries. More than 18,000 taxes imposed by various countries on the US products will be eliminated under it, when it comes into effect. The deal could reshape industries and influence everything from the price of cheese to the cost of cancer treatments.

FDI may take a back seat

Analysts feel that investment decisions by global entrepreneurs will furthermore be effected by the new trade deal, making countries like Vietnam a stronger candidate as the preferred destinations, due to their zero-duty access to the markets of other TPP countries. Considering this, it is crucial for Bangladesh to reduce the cost of doing business to maintain the country's competitiveness in international trade. It should also look for opportunities to join such a mega deal, as some other countries are also reportedly planning to do so.

Moreover, Bangladesh needs to focus on new international markets, particularly those where its exports enjoy duty benefit. Diversification of the country's apparel items is another critical area for more value addition. Productivity in factories has to be raised to cushion against any probable losses in garment exports.

According to a study, if TPP adopts flexible rules of origin on sourcing, as favoured by Vietnam, it could boost its share of the growing apparel market from 4.0 per cent to 11 per cent, while Bangladesh's share in this market has remained almost static -- between 7.0-8.0 per cent. Currently, Vietnam is at a comparative disadvantage in the RMG sector mainly due to its higher costs of production including higher wages.

Until now, Bangladesh has been able to retain its edge in the sourcing world in spite of the higher import tariff on its export than those of Vietnam. But it is likely that TPP, when it comes into force, will trigger some trade diversion from Bangladesh to Vietnam. Bangladesh needs to pay special attention to the implications of the TPP and other incoming free-trade deals that are shaping the '21st-Century Trade Policies'.

If Bangladesh takes appropriate moves to be involved with TPP in one form or other, it may find its niche in textiles, leather and services. Otherwise, there is a possibility for a potential slowdown in the growth of its RMG sector. Certainly, long-term impacts of the TPP on the Bangladesh economy will be more important than short-term ones. Joining any effective regional initiative can provide some cushion to Bangladesh in the long term to stay competitive in the global economy.