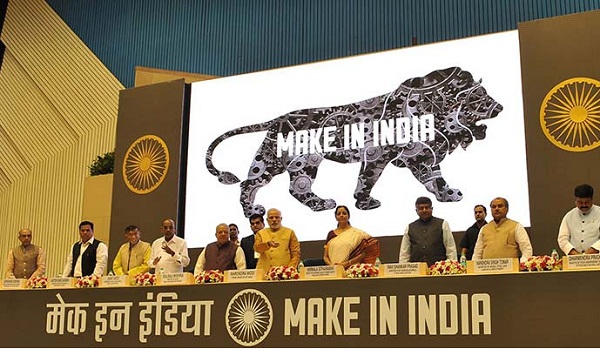 From a proud stamp of ‘Made in India’, Modi’s vision of a ‘Make In India’ dream project has now completed eight years with annual FDI doubling to $83 billion while transforming the country into a leading global manufacturing and investment destination. This flagship program of the government has helped to increase foreign and domestic investment, foster innovation, enhance skill development, and build best-in-class manufacturing infrastructure.

A reduction in compliance burden has brought down costs and enhanced the ease of doing business. At the same time Production Linked Incentive Scheme (PLI) has given a big boost to local manufacturing with all 14 schemes being operational.

The Centre now plans to focus on key sectors like semi-conductors to achieve Modi’s vision of an ‘Atmanirbhar Bharat’. Along with this, the government’s key focus will be on some specific sectors such as solar modules, mobile handsets etc. Other sectors to benefit are textiles, which is one of the biggest employer in the country, along with some earlier-proven areas where India has done well such as automobile components.

However, analysts feel the PLI programs are not well-though out and most of them seem to be biased towards Modi’s home state of Gujarat, while other states like Maharashtra is being side-lined. The prestigious Tata-Airbus deal which most industry insiders had thought would be located in Maharashtra, has recently gone to Gujarat which has led to a political spat within the states.

Right after this, Maharashtra lost yet another big PLI project by mega-giants Foxconn and Vedanta to next-door neighbour Gujarat. For this ambitious project, the budget of $10 billion for semiconductor subsidies would have been helpful for the huge state but that was not to be. Although Modi talks about ‘cooperative competitive federalism” where every state would freely compete for investors and raise each other’s standards but New Delhi seems to be in control as to what happens where in the PLI scheme of things.

Gains for the textile sector

India’s textile and apparel sectors happen to be one of the biggest employment generator in the country. India is one of the few textile producing countries in the world which can claim the complete value chain productivity strength. The sector also has several advantages like, abundance of availability of raw materials like cotton and silk, and the comparative advantage in terms of skilled manpower. Make in India can lead to penetration of organized retail, favorable demographics and rising income levels. As per a research paper by Sujit Shrikrushnarao Gulhane and Ranjit Turukmane “Effect of Make in India on Textile Sector”, the project is already proven to be a boon on the textiles sector with several MNCs already investing in the country like textile machinery makers like Rieter and Trutzschler already investing in the country. In fact, growth of the textile sector is expected to get a huge boost with the project. PM Modi’s vision of a Make in India and ‘Atmanirbhar Bharat’ will help in doing that in the long run if the focus is right.