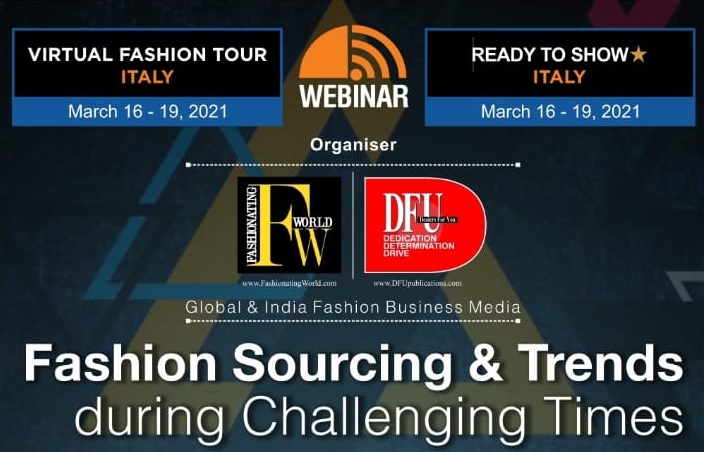 India is currently in a sweet spot with regards its textile and apparel exports, opined Sudhir Sekhri, Chairman, Promotion, AEPC in a candid, freewheeling webinar interview with Salil Chawla, Director, DFU Publications. The webinar was organized by the FashionatingWorld and DFU Publications, on the sidelines of Virtual Fashion Tour-Italy, a Virtual Expo. Split over five sessions, the webinar focused on the theme: Fashion Sourcing & Trends during Challenging Times. One session focused on India emerging as the potential souring hub for Europe. 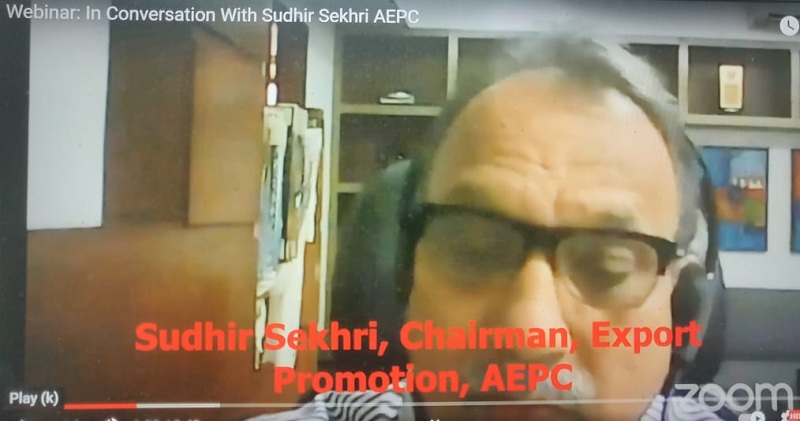 pandemic export scenario and Italy and Europe emerging as top export destination for Indian apparels. He said, though India’s textile and apparel exports took a huge hit last year, the resilience of its export eco-system helped us bounce back. Europe continues to be India’s top exports destination though exports to Italy have dwindled post pandemic. Brexit has also reignited India’s hopes of deepening trade ties with the UK, Sekhri feels.

On AEPC’s role, he said the Council played an important role in getting the anti dumping duty removed in the Union Budget which gave a boost to MMF exports. AEPC also helped in bringing in global technical expertise from Taiwan, Korea. It is also encouraging manufacturers to move away from cotton and switch to MMF garments.

Sekhri points out while the rest of the world has moved to MMF exports India is still stuck with cotton. The country also does not have a free trade agreement with the European Union which results in a 9.4 per cent duty disadvantage compared to Bangladesh and other competing nations, who enjoy duty free exports, he opined.

He emphasized, sustainability has become a business imperative with more brands pledging to become responsible producers. The pandemic has also accelerated digitization across global supply chains, and this neo human behaviour change is likely to be permanent, he added.

He also warned, re-shoring may encourage textile manufacturers to move production back to their own countries. However, as there is a light at the end of every tunnel, the global crisis too shall pass and India will emerge stronger from this unprecedented human tragedy, he summed up.