Is China the biggest benefactor of AGOA?

"African Growth and Opportunity Act (AGOA), signed into law by the Clinton administration in 2000, was designed to provide African manufacturers tariff-free access to the US market to bolster trade. Indeed the legislation proved a dynamic employment vehicle in signatory countries, creating as many as 350,000 direct jobs by removing tariffs on some 6,500 products including vehicles, garments and metalwork. The Obama administration signed a 10-year extension to the Act in a move welcomed by African governments and manufacturing associations."

African Growth and Opportunity Act (AGOA), signed into law by the Clinton administration in 2000, was designed to provide African manufacturers tariff-free access to the US market to bolster trade. Indeed the legislation proved a dynamic employment vehicle in signatory countries, creating as many as 350,000 direct jobs by removing tariffs on some 6,500 products including vehicles, garments and metalwork. The Obama administration signed a 10-year extension to the Act in a move welcomed by African governments and manufacturing associations. 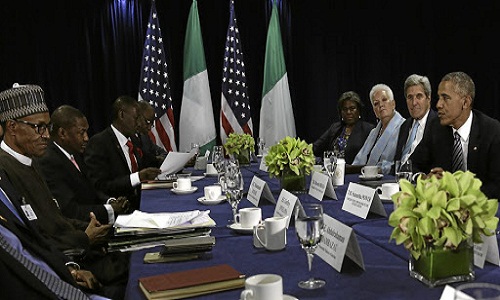 Witney Schneidman, senior international advisor for Africa at law firm Covington & Burling, who was involved in the passage of the Act, says it doesn’t matter wherecapital comes from as long as jobs are being created and labour conditions are good, and people and governments benefit. Whether it’s a Chinese, Indian, or Turkish company is not the prime consideration. Yet for its critics, AGOA has had a far more malevolent effect, allowing Chinese and Taiwanese firms to colonise African manufacturing space and curtail indigenous businesses in a cynical bid to access the lucrative US market. With Donald Trump’s presidency dedicated to recasting trading relations – and keen to propagate the idea that China is taking advantage of the US – the debate over who benefits from AGOA could play a key role in US–Africa relations in the years ahead.

In 2012, three researchers at the University of Oxford’s Centre for the Study of African Economies, Lorenzo Rotunno, Pierre-Louis Vézina and Zheng Wang, delivered a paper investigating whether Chinese manufacturers were using Africa as a trade corridor to access the US market. They discovered that a combination of restrictive US quotas on Chinese apparel imports and the preferential treatment handed to African manufacturers gave Chinese firms an incentive to route their trade through the continent, even while providing very little work to African employees.

There is some statistical evidence that AGOA has allowed Chinese businesses to use African countries as a trade corridor to reach the US, informs Vézina. This was possible thanks to the absence of rules of origin, meaning that AGOA countries were allowed to source as much garment as they wished from China and re-export to the US. In the end, it was concluded that African involvement was limited to little more than final assembly of almost finished products.

By 2013, according to Tang Xiaoyang, a professor at Tsinghua University, Chinese investment in southern Africa’s apparel sector was at a third of peak levels, the result of the collapse of the MFA, rising labour costs, a skills deficit, and the cancellation of incentives by African governments. Low-cost southeast Asian firms stepped into the breach – a 2016 report from the Office of the US Trade Representative found that while exports from Africa to the US had increased from some $600m in 1999 to almost $1bn in 2015, exports from Vietnam increased over the same period from virtually zero to $10.7bn.

Helen Hai, chief executive of the Made in Africa Initiative, a co-founder of C&H Garments, says it is foreign bulk buyers, rather than African or Chinese manufacturers, that benefit the most from the tariff reductions of AGOA. Rather than taking advantage of their African hosts, committed Chinese firms are bringing manufacturing expertise that the continent previously lacked.

It is this continuing knowledge deficit, rather than an overbearing Chinese presence, which is preventing Africans from accessing AGOA privileges, she argues.

The reason China is able to have scalable manufacturing skills is because they created a cluster this gives economies of scale. If blue-collar wages continue to rise in China, analysts believe Chinese manufacturers will look to Africa as a source of affordable labour.

While critics and defenders of AGOA appear deadlocked over the issue of Chinese influence, election of Donald Trump has upended all assumptions about the future of the Act and wider US trade policy in Africa. Schneidman suggests adding clauses to AGOA to limit overbearing Chinese influence – similar to those introduced by the US Millennium Challenge Corporation limiting Chinese involvement in US-funded infrastructure projects – could resolve criticism. Trump’s perception of China is just as important as the reality. Reform, rather than repeal, may be required if Africans – including those in Chinese factories – are to continue seeing the benefits of AGOA.