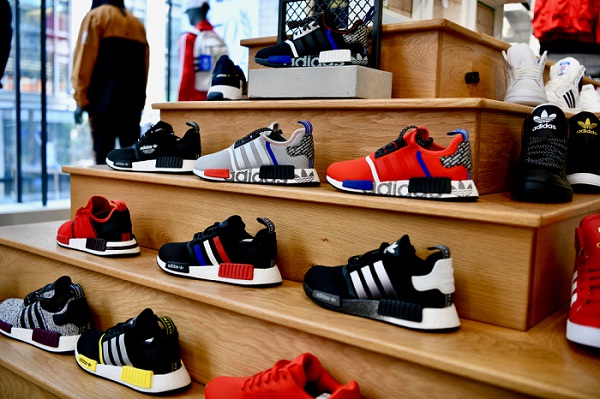 Adidas, the mega German manufacturer of athletic shoes, apparels and sporting goods is currently floundering in post-pandemic murky waters of China. In the second quarter of 2022, Adidas observed a revenue drop of 35 per cent in China market while dragging operating profits down 28 per cent and net sales dropped from $2.4 billion to $1.7 billion, marking a fifth consecutive quarter of losses in the huge Chinese market.

In the first quarter, Nike reported a 55 per cent reduction in earnings before interest and taxes (EBIT) in China that converted from $691 million to $311 million. Both Nike and Adidas have posted major revenue losses in China due to pandemic-related measures and have cut their growth outlook for the rest of 2022. But there is more to it than meets the eye, as Adidas CEO Kasper Rørsted explains, they don’t understand consumers well enough, so they left room for Chinese competitors who are better off.

Interestingly, big Chinese domestic competitors like Anta and Li Ning did not record similar losses, so there is much more to it. Li-Ning for example, recorded 12.4 billion yuan ($1.8 billion) in revenue for the first half of 2022, a year-on-year increase of 21.7 per cent. Similarl, Anta reported double-digit sales growth in the first quarter of 2022, Xtep reported a year-on-year increase in revenue of over 35 per cent in the second quarter.

However, it's difficult for local brands to beat a mega-giant retailer in brand visibility and expansion plans. Since opening its headquarters in Shanghai in 1997, Adidas has expanded to 12,000 outlets with Adidas Originals opening a flagship store in Taikoo Li Chengdu in January 2022. Its strong focus is now on reaching the Gen Z trendsetters by launching new products exclusively for China to hosting cutting-edge digital events.

In May this year, Adidas Originals teamed up with Tencent Music Entertainment to host a virtual avatar rap show that featured Jay Park and MC Jin with seven million viewers. Adidas has sought out a range of homegrown partners, from streetwear clothing companies such as Melting Sadness to ceramic design like Yeenjoy Studio. Both Adidas and Nike have to go all out to localize more by working with domestic brands, athletes, and designers. And above all keep up their main USP of stringent quality as that is what sets them apart from local brands around the world.

While economic downturn rages and rise in nationalism in China increases, the appeal of the Western sportswear brands is rapidly diminishing as the national tide of cheaper brands sweeps the country. The days of going laughing to the bank with easy money may be over but the show will go on for Adidas and Nike for some more time.