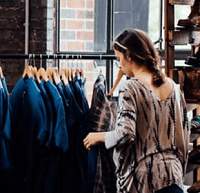 Though retail sales in the US declined by 3 per cent M-o-M basis in February, they increased by 2.2 per cent on Y-o-Y basis as compared to February 2019. As per the US Census Bureau retail report, apparel and accessories sales declined by 14.9 per cent in the same year-over-year comparison. Sales at department stores also declined by 17.9 per cent, says a Forbes report. Retailers now hope for Easter to boost pre-holiday sales in March.

Vaccine effectiveness and distribution directly impacts the economy Surge in vaccination rates and reopening of economy are expected to boost retail sales by around 8.2 per cent toover $4.33 trillion in 2021, says a report by National Retail Federation. Increase in vaccination will encourage shoppers to shop in physical stores and dine out.

Consumers will also be driven to increase their apparel expenditures due to their travel plans. Almost 68 per cent 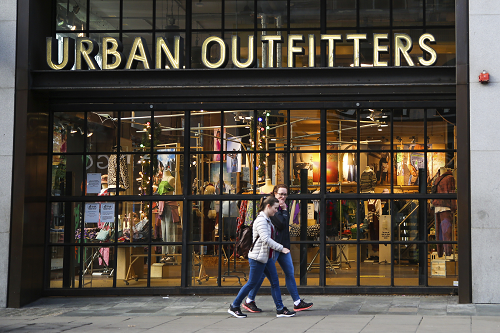 Barbara Rentler, CEO, Ross Stores expects its comparable store sales to strengthen over the year. As a result, the retailer plans to open approximately 60 new stores during fiscal 2021.

The return of typical weather patterns is driving apparel sales in North America, says Richard. A Hayne, CEO, Urban Outfitters. However, despite unfavorable weather in the first three weeks of February 2021, overall comparable store sales trend in the country was better than the fourth quarter trend of Fiscal 2020, noted TJX Companies.

As per survey by Sezzle, a buy-now-pay-later solution provider, 39 per cent of respondents plan to take 2 to 3 vacations in 2021, with 76 per cent planning at least one vacation. Higher travel spends promote purchasing in apparel and accessories. The survey included 61 per cent respondents from the Gen Z and millennial generations and 39 per cent from Gen X and Baby Boomers. The top categories surveyed included clothing, shoes, beauty and jewelry.

February starts the spring season for many retailers

Though there are many signs of a positive trend for apparel and accessories, the continuing unpredictable environment has halted expansion plans of many retailers. COVID related factors are also impacting their future prospects. Hence, most retailers are comparing their 2021 sales to those recorded in 2019 as they do not deem 2020 sales to be suitable for comparisons.