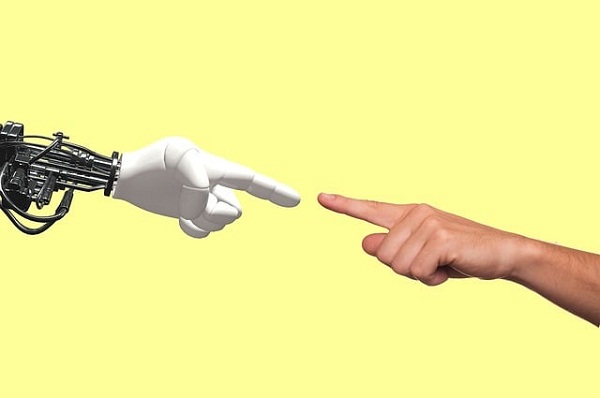 The buzzword across industries from high-tech to low-tech is automation as this leads to greater workplace safety, improved production line efficiencies as nothing does repetition better than automation and complex processes flow seamlessly into one another at a greater speed. As Eugen Slojow who heads an automated clothes manufacturing unit in San Francisco by Siemens points out clothing was the last bastion of a trillion dollar industry that had not been automated. As per Statista, the clothing sector worldwide stands at $1.52 trillion, so the opportunities are huge.

The idea came to fruit at the onset of supply chain disruptions at the onset of the Covid pandemic. Many big clothing brands and technology companies including Levi Strauss & Co. and Siemens AG have already started working on developing automated clothing manufacturing. The lesson that the pandemic taught was it might be better for large consumption markets to stop relying on supplies from distant countries and start manufacturing clothes on nearer home.

The US has once again taken the lead and many companies have started experimenting. One problem the experimental robotics has encountered is sewing in which robots lack the finesse of human hands and whilst work is being done to acquire this skill, it seems far off. Sewing is the most costly and labor-intensive process in garment manufacturing, accounting for more than half of the total labor input per garment. Sewing also remains the most difficult part of the process to automate or robotize, given the difficulties in handling fabric using robotic arms.

However, several recent ground-breaking innovations in sewing technology enable robots to easily handle fabric for producing simple T-shirts. Existing technology now, in fact, makes it possible to automate 90 per cent of sewing for a T-shirt. Currently, experiments are focusing on replicating the other aspects of clothing manufacture to close the cost gap between units in the US and that of developing nations that supply RMG.

Sewbo Inc., a San Francisco-based unit that chemically hardens or stiffens fabric was chosen as the ideal experimental company by Siemens to test robotic clothing manufacturing. The German multinational technology company tied up with Pittsburgh-based Advanced Robotics for Manufacturing (ARM) Institute for the experimentation with Sewbo Inc. Sewbo’s hardened fabrics can be handled by these robots to fasten metal rivets on jeans and staple zips into place. The ARM institute also financed a $1.5 million grant for Bluewater Defense LLC., a small US-based military clothing manufacturer to experiment with robots and hard fabrics.

Saitex is a Los Angeles-based factory that started experimenting with robotic manufacturing of blue jeans in September 2022. Owner Sanjeev Bhalla is happy with the progress. He feels once the experiments yield right commercial results, there is no need for the US to import readymade jeans from Asia as they can well manufacture them locally. There are other efforts to automate sewing factories. Software Automation Inc., a startup in Georgia, has developed a machine that can sew clothing by pulling the cloth over a special table, for example.

As the US experiments with robotics in production lines, other Western nations who are large consumers of readymade garments from Asia and Latin America are following the progress keenly so they too can automate production if the experiments meet commercial feasibility. However, the news is not being publicized much as it has political connotations and economic impact in many parts of the world where garment manufacturing sector has not only drawn in huge investments but also support the livelihood of millions of people. In a world where trade relations are forming allies and nexuses, this may be seen as a major disruption in relationships that can cause power imbalances globally.