The unlocking of Indian economy has helped revive demand for MMF fibers in the country. As a report by Textile Value Chain highlights, from October to December 2020, fall in MMF production was restricted to the range of 3 to 6 per cent as against a cumulative decline 18.2 per cent Y-o-Y during April-December 2020. Like production, decline MMF exports also narrowed down to 2-8 per cent range during June-August 2020. On a cumulative basis, MMF exports declined 17.5 per cent Y-o-Y to 580,000 tons during April-November 2020. While exports grew 8.4 per cent in September 2020, they declined in the range of 10 per cent -14 per cent during October-November 2020.

The largest share of these exports was accounted by polyester whose exports declined by 20.1 per cent to 520, 000 tons during 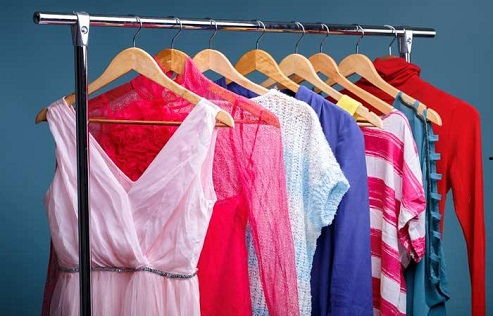 Growth in demand for MMF led to a substantial increase in prices of both PSF 1.4 den variety and POY 130/34 variety of polyester fibers during August 2020-January 2021. Increase in raw material prices also contributed to this price rise which was highest on m-o-m basis in December 2020 as the prices of both the varieties increased by about 12 per cent.

During April-December 2020, US’ apparel imports declined 27.2 per cent to $46.2 billion. Of this, imports from India decreased at a faster pace of 35.3 per cent to $1.9 billion compared to other nations. Therefore, India needs to strengthen its position in global exports in order to gain the benefits of US’ import ban on China’s cotton products from Xinjiang region or any other global development.

Apart from this, apparel exports from India also face tough competition from the Bangladesh and Vietnam as they get preferred access to India’s other major market – the European Union. In order to support exports, the government plans to continue its RoSCTL (Rebate of State and Central Taxes and Levies) scheme until it is merged with Remission of Duties and Taxes on Exported Products (RoDTEP) Scheme.

The government has decided to extend the benefits of Remission of Duties and Taxes on Exported Products (RoDTEP) scheme to boost exports with effect from 1st January, 2021. Additionally, it has introduced a one-time additional ad-hoc incentive of upto 1 per cent of FoB value on export of apparel and made-ups. The government has also removed anti-dumping duty on PTA, a key raw material for the manufacture of MMF fibre and yarn. It has announced a scheme to set up seven Mega Integrated Textile Region and Apparel (MITRA) Parks over the next 3 years.

To gain from US’ ban on China’s cotton and boost MMF exports, India needs to not just effectively implement these schemes but also sign trade pact agreements with other export destinations.