"After confirming that Prime Minister Theresa will initiate Article 50 of the Lisbon Treaty by the end of March 2017, the Brexit impact will come into force by mid-2019. How would it impact the UK fashion industry, analyse fashion police. Everyone involved with the industry is looking at this situation as an opportunity to harness in the most efficient way. There are four key aspects that need everyone’s scrutiny before taking any major step."

After confirming that Prime Minister Theresa will initiate Article 50 of the Lisbon Treaty by the end of March 2017, the Brexit impact will come into force by mid-2019. How would it impact the UK fashion industry, analyse fashion police. Everyone involved with the industry is looking at this situation as an opportunity to harness in the most efficient way. There are four key aspects that need everyone’s scrutiny before taking any major step.

In the current scheme of things, UK businesses can trade with other EU countries without restriction (notwithstanding some local charges). When it leaves the EU, UK will re-assume direct responsibility for trade relations and will have to negotiate a new UK trade tariff. This move may result into higher import duties from and exports to EU countries. Many respondents to a survey by Drapers – who source from and sell to EU countries – are anxious about the additional costs. 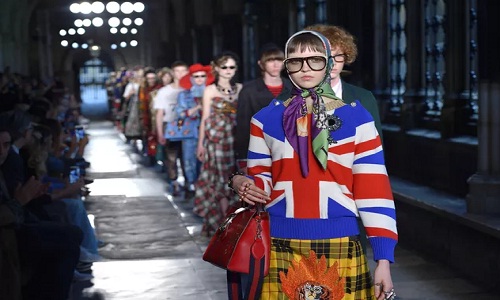 This situation offers immense opportunities in establishing bilateral relation with countries such as China, the US and Japan. Going by the present economic activities in other parts of the world, it makes perfect sense for UK companies. The earlier the talks are initiated, the better it is for the UK government to get economy back on track.

After clearing the air on immigration of EU citizens to the UK post-Brexit, people are a sceptical about the future. If the country wants to opt for liberal trade policies, it needs to be flexible about immigration. Some are worried their staff – including difficult-to-replace skilled machinists – could be forced to leave the country. Others pointed out that the UK fashion industry highly banks on attracting talent from across the whole world to live, study and work here, to maintain its position on the global stage. However, not everyone believes free movement of people should continue. A few respondents argued that immigration should be controlled, and that the UK should look at how to up skill its own citizens.

Universities, the British Fashion Council, the Centre for Fashion Enterprise and myriad other institutions have access to hundreds of millions of euros in EU funding. Losing this financial support could weaken the UK’s status as the fashion powerhouse. Furthermore, British businesses are eligible to apply for certain EU funds, such as Horizon 2020, a research and innovation program that is making nearly £80bn of funding available over the seven years to 2020. In August, the Treasury pledged to underwrite Horizon 2020 projects beyond Brexit. However, it is still not clear whether the UK government will step in to replace other lost EU funding.

Also intellectual property laws are severely under scanner once Brexit comes in. Till now, UK fashion houses could take advantage of the EU trademarks and EU-wide design protection laws. The government will need crystal clear policy on this aspect to strengthen its position on the global map.

Till now, all trade within the EU single market is free of import duties, while through the EU, Britain has arrangements with other countries offering preferential tariffs on imports. There is no clarity as to how the scenario will be for UK post-Brexit. Import duty may rise significantly, resulting in lower margins for companies.

However, entire situation also offers opportunities to reduce the costs of international trade outside the EU. Some of these may take time to materialise – free trade agreements typically take five or six years to negotiate. But other opportunities to liberalise trade could be materalised quickly. For instance, the UK would be free to adopt its own scheme of trade preferences for developing countries as soon as it leaves the EU, expanding the number of countries that benefit, cutting red tape and reducing the number of exemptions.

The biggest beneficiary and the perhaps the biggest decision makers will be the consumers who may win on the price war and in turn be supportive to the new government on all the decisions taken towards enhancing economic scenarios in the long term. All said, it’s still a wait and watch scenario for the nations till the actual post-Brexit economy goes live.