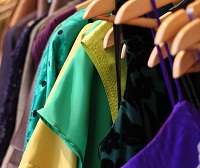 With contracts violating labor laws and human, civil and constitutional rights, labor exploitation was a norm in Sri Lanka till 2018. Salaries of apparel workers were dismally low. They were graded according to skills and experience and did not cover even their basic needs. Also, these workers were poorly treated by their supervisors who often used foul language and physical force while dealing them. Nearly two-thirds workers were subjected to verbal abuse and 14 per cent complained of physical abuse. They also had to work overtime to complete their targets.

Failure to meet targets met with either public humiliation or the allocation of menial tasks such as cleaning toilets. Women workers lived in poor accommodation. They also faced gender based violence on public transport.

A move to ‘ethical’ marketing

All this changed in early 2000s, when the combined pressure from trade unions and international consumers pushed Sri Lanka to adopt an ‘ethical’ 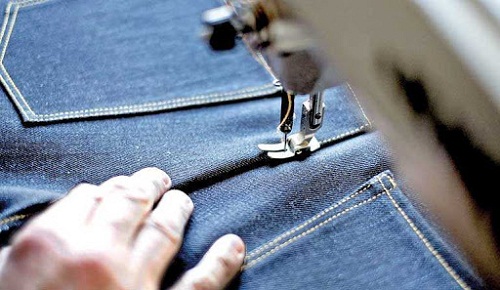 marketing strategy. In 2002, the Joint Apparel Association Forum launched ‘Garments Without Guilt’ campaign to promote Sri Lanka as an ‘ethical’ destination. Though Sri Lanka has high health indices, they fail to account for workers poor health or chronic conditions borne out of an exploitative environment. Many workers in the country suffer from work-related illnesses or injuries. Though recent campaigns such as the ‘Green Garment Factory’ take environmental impact into account, they do not focus on workers health.

As a recent study by researcher Kanachana Ruwanpura indicated, around 30 per cent workers reported their bodies were sore from long working hours while 14 per cent suffered minor injuries and 10 per cent had chronic respiratory conditions. Majority of factory workers in Sri Lanka are women who have completed only eight to 12 years of education.

Lack of clarity over factory ethics

Sri Lanka also does not have a clear terminology for marketing ethical products. Though companies such as MAS describe their factories as ‘ethical’, the details on their ethical standards are not clear. Though Fidelity Manufacturing lists its ‘ethical’ policies, these policies are not enforced as per law. Sri Lanka does not have a national audit to analyze the ‘ethical’ label which makes it impossible to quantify or check the quality of the label. According to Ruwanpura, Sri Lanka’s ‘ethical’ promise is a façade that lacks transparency, accuracy and reliability. Factories use ethical campaigns to be competitive without being accountable for their actions.

Experts point out, the Sri Lanka apparel industry has failed to transform with time. It is still a ’70s relic that is being cleverly rebranded to be marketable. As Vidura Munasinghe writes in his article for Groundviews, South Korea and Taiwan were able to move away from enclave manufacturing because they saw the labor exploitation in their factories. From 1960 to 1990s, both countries converted their Free Trade Zones into capital-intensive industries, taking a step further towards becoming high-tech industries.

Taiwan converted its zones into storage and logistic hubs in late 1990s, whereas Korea set up Free Economic Zones in 2000s. These zones boasted of public services such as airports, ports, and office facilities as well as first-rate schools, hospitals, financial services, malls, leisure services, and tourist facilities. Though both South Korea and Taiwan used the FTZ model, they also incorporated other industries that offered better returns. Their multipurpose hubs offered a range of services and evolved with the global economy.