Bangladesh garment makers are urging the government to lower threshold for local value addition as they are already required to add more local value to be eligible for the European Union’s proposed new generalized scheme of preferences (GSP) framework.

As per trade economists and industry insiders, henceforth Bangladesh garment makers will have to increase value addition to their exports by 40 per cent in order to avail GSP benefits. In case of lower local value addition, woven manufacturers will not get duty-free access to the EU market after Bangladesh’s graduates from the least developed country status by 2026.

No incentives for firms failing to add value

Stakeholders and analysts recommend stripping the firms of incentives if they fail to add enough local value to their products. They believe, 20 per cent 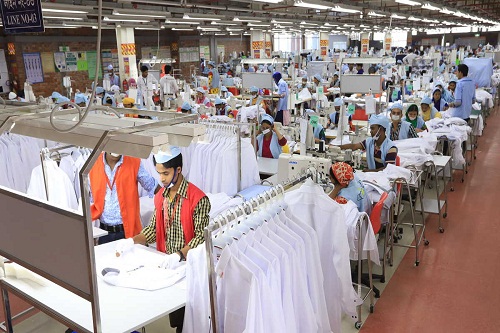 value addition should be allowed for new manmade fabric-based items except for five major ones, which account for about 70 per cent of Bangladesh apparel export earnings.

As Mohammad Abdur Razzaque, Chairman, Research and Policy Integration for Development (RAPID) Society points out, though prices of raw materials are increasing, the prices of final products are not increasing, making it difficult to maintain the value addition ratio. However, the industry should still emphasize on value addition to negotiate better prices with brands and buyers, he adds. Buyers are offering prices calculating the fiscal incentives. However, exporters are not getting these benefits,

Lower value addition may cause loss of EBA facility

If apparel makers insist on only a 20 per cent value addition, they will not be able to meet the new GSP double transformation condition for exports to European countries. This may cause Bangladesh to lose the opportunity to export to the EU market under the Everything But Arms (EBA) facility, while exports to India under South Asian Free Trade Area (Safta) and even to China will require 40 per cent value addition.

Faruque Hassan, President, BGMEA, has urged the government to relax the value addition condition for apparel exporters for two years. He hopes, Bangladesh will be able to add more value to woven products before the LDC graduation as a number of companies are investing in high-value yarns and accessories. Moreover, the government also provides policy support for this. He recommends, a 10 per cent cash incentive on MMF-based new products to encourage local value addition in high-value products.

According to the Bangladesh Bank Quarterly Review on RMG, the apparel sector's value addition reached 64.98 per cent during the first quarter (July-September) of the last fiscal year. It had remained static between 60 and 64 per cent for almost a decade before that, as per data from TBS.

In January this year, the BGMEA and the Bangladesh Knitwear Manufacturers and Exporters Association (BKMEA) had sent a proposal to the commerce ministry to increase the maximum wastage rate to 40 per cent.

However, a committee formed by the commerce ministry to verify the actual wastage rates in garment factories, recommended setting the maximum wastage rate by averaging the amount of wastage of similar factories. It proposed a 25 per cent wastage rate for basic knitwear including T-shirts, polo shirts, trousers, shorts, skirts, pajamas; 28 per cent for specialized items like rompers, tank tops, dresses, gowns, hoodies, and lingerie items; and 3 per cent for items like jumpers, pullovers, cardigans, vests, and socks.