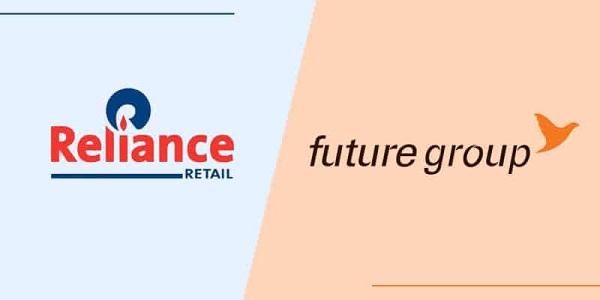 As per media reports, in 2020, the Future Group had signed Rs 24,713 crore deal with Reliance Retail, a subsidiary of Reliance Industries. The deal entail Reliance Retail would buy out the wholesale, retail and logistics businesses of Future Group. However, the deal was opposed by US e-commerce company Amazon as it violated a 2019 agreement signed with the company. In mid-2019, Amazon had acquired 49 per cent stake in Future Coupons, giving it an indirect 4.81 per cent holding in Future Retail Ltd (FRL).

Last week, RIL refused to takeover Future Group’s businesses, as FRL’s secured creditors voted against the scheme. Bank of India also filed a bankruptcy petition against FRL before the National Company Law Tribunal (NCLT) that would come up for hearing for admission on May 12.

A bankruptcy trial before National Company Law Tribunal (NCLT), threatens Future Group’s future deals. Group stakeholders in the group are not sure of recovering the $4-billion debt from the company. The recent acquisition of important FRL stores by Reliance also thwarts Amazon’s ambitions to become a key player in India’s retail market.

Meanwhile Amazon has asked the RBI to undertake a forensic audit against Future Retail for the past three financial years to investigate alleged fraud by the company. Amazon said that Future Retail, its promotors and directors have defrauded by alienating over 945 store premises to Reliance Retail. It has also alleged that Reliance Industries has committed fraud while the lenders have failed to take cognizance of it.

“It is incumbent upon RBI to conduct a thorough investigation into the fraud committed by FRL, its promoters, directors and key managerial personnel (KMPs). Accordingly, it is requested that a forensic audit be conducted for FRL for the past 3 financial years as the RBI is empowered to inter alia under the RBI Fraud Circular, financial documents, and framework agreement,” Amazon has said. Amazon has also alleged Future Retail has been making contrary statements in its annual reports, and in the courts on whether it was facing a liquidity crisis or not. Amazon alleged that in its Annual Report for the financial year 2020-21, Future Retail stated that it did not face any liquidity crisis.

Vivek Parti, Professional, Insolvency Resolution notes, with public sector banks rejecting the scheme of arrangement proposed by Reliance, Future Retail now faces liquidation under the Insolvency and Bankruptcy code. As per a Business Today report, to recover their dues, banks will have to fight it out or else they may get less than expected as the case moves to the IBC, opines Mahesh Singhi, Founder & Managing Director, Singhi Advisors, an M&A advisory firm.

Singhi advises lenders to have an alternative plan to recover their dues. Being a perishable industry, retail is an extremely challenging business to run, he says. The company has lost most of its employee and inventory. Besides, it does not own the property it operates on, he adds. Its insolvency may be just nine to 12 month away, he adds. As shareholders values continue to erode at break-neck speeds, banks will have to find a solution to minimize the extent of damage caused to them, opines Singhi.