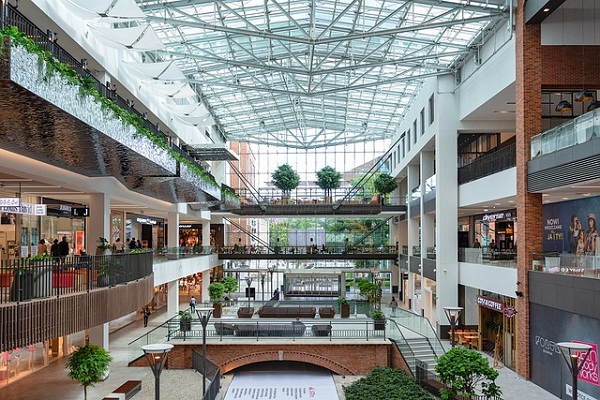 In a market fraught with post-lockdown effects and a serious energy, housing and inflation crises, the Fraser Group, Next, Primark, Marks & Spencer, French Connection among other brands shone like beacons of hope for the whole sector in the UK in 2022. High street brands in the UK proved their resilience and might by taking on the post-pandemic challenge head on and winning. As per Drapersonline, the list of winners is led by the Fraser Group, Primark, Marks & Spencer, French Connection among others too showed the way.

Fraser Group’s story is all about growth. The UK-based retailer started in 1982 as a modest one-store operation and today is a multi-brand powerhouse that operates hundreds of stores, employs more than 25,000 people, and runs brick-and-mortar and online operations in 25 countries. In latest fiscal, Frasers’ sales topped £3.6 billion. It expects profits to grow between £450 to £500 million in its current year, and posted a record-breaking year as it recovered from Covid with pre-tax profits rocketing from £8.5 million to £366.1 million despite the significant economic headwinds.

The surge in profits was largely due to the reopening of stores as it was pitched against a Covid-hit period last year. However, new Flannels stores, the continued growth of its premium lifestyle division and continued operating efficiencies also helped to drive up profits. The group believes the strong performance will continue and pre-tax profit will surge to between £450 million and £500 million next year.

Much of Frasers’ growth has come from acquiring other brands. Frasers’ portfolio now includes nearly a dozen brands, including Sports Direct, Game and Sofa.com and the group shows no signs of stopping its acquisition spree. Earlier in 2022, online specialist Studio Retail was added to the group’s portfolio. It is believed this addition would empower the group towards greater e-commerce capabilities and open up a whole new customer base. The group also grabbed 15 of JD Sports Fashion’s lifestyle brands which was its biggest buy this year.

Revival of other brands

Iconic and quintessentially British staple brand Marks & Spencer had been lagging for well over a decade, its luster fading with the younger public. So dire was the situation the organisation was downsizing its retail spaces in the UK. Since 2020, under the leadership of clothing and home division’s managing director Richard Price the strategy ‘Never the Same Again’, was implemented to bolster revenues. Major reshuffle in portfolio, strengthening e-commerce capabilities and tie-ups with third parties for clothing, footwear and beauty products gave the ailing brand a shot of rejuvenation. Group revenue in the half-year to October 1, 2022 rose 8.5 per cent year on year to £5.54 billion. Pre-tax profit during the period climbed 11 per cent to £208.5 million.

The revival story of the 50 year old French Connection is similar to that of Marks & Spencer. In 2021 the brand was sold to the MIP Holdings. The holding company reorganized the brands strategy entirely with a wholesale business, accessible pricing, and return of the brand’s international presence, and the revival of the cheeky fcuk logo. This gambit paid off and for the first time over two decades, the retailer returned to profitability in the second half of 2021 and has done exceptionally well in 2022.

Primark, the value retailer brand operating in the UK market recorded total sales growth of 43 per cent year on year to £7.7 million till September. The brand plans to would open 27 new stores globally by September 2023. In November, Primark launched click-and-collect service which saw its overwhelmed when it went live with products from 25 stores out of a total of 154 in the UK and 36 in Ireland.