Performance sportswear often overlapped with streetwear in the past 18 months. Luxury designers and brands collaborated with sportswear companies to introduce new trends and styles. A prominent example of this is Virgil Abloh the Creative Head of Louis Vuitton menswear section who collaborated with French football player Kylian Mbappe to design his football boots 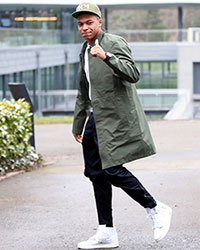 Performance sportswear often overlapped with streetwear in the past 18 months. Luxury designers and brands collaborated with sportswear companies to introduce new trends and styles. A prominent example of this is Virgil Abloh the Creative Head of Louis Vuitton menswear section who collaborated with French football player Kylian Mbappe to design his football boots.

With comfortable, form-fitting pants being increasingly worn by women every day, athleisure trends dominated the beginning of this decade. Joggers began to be adapted from sportswear staples such as sweatpants, and featured an elastic cuff, swapping out cotton for more casual fabrics. As a survey by NPD reveals, Athleisure sales reached $48 billion in 2018 and will continue to grow throughout 2021.

American designer Kanye West, who quit Nike and joined adidas in 2014, launched the YEEZY range of sneakers in 2015 with countless original silhouettes and colors following. The brand has been able to keep the style relevant through continuous innovation in its design and style.  West’s collaboration with the brand Adidas further inspired Nike’s collaboration with designer Virgil Abloh, which has till now launched 40 sneakers and several apparel collections. The collaboration has changed the scale at which brands and external collaborators work together.

Changing the concept of football jersery, Paris Saint-Germain and Jordan Brand’s strategic partnership led to the Parisian football club swapping out Nike’s Swoosh for the Jumpman logo on special Champions League jerseys in 2017. The styles immediately became a status symbol as were seen on by Gigi Hadid, Kendall Jenner,etc. The collaboration legitimised PSG as a lifestyle brand and gave Jordan Brand a way into an entire market. 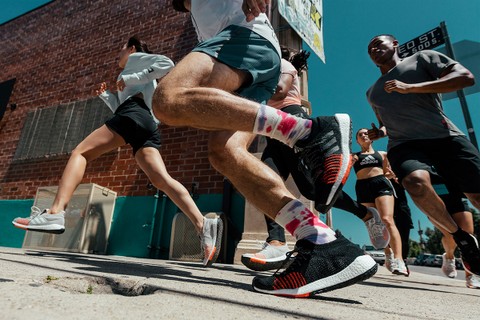 The Nigerian home jersey for the 2018 FIFA World Cup in Russia almost overshadowed the nation’s performance at the tournament itself. The jersey’s announcement spread like wildfire online and the initial drop sold out almost everywhere, with some jerseys even being resold for absurd amounts.

Players at the recent NBA tournaments attempted to outshine each other with wilder outfits. These players soon became the walking billboards for brands and stylists and helped spawn social media accounts whose sole purpose is to chronicle NBA fits. The interest around what these players are wearing is currently at an all-time high which indicates their increasing prowess.

Chunking designs inspired by hiking and trail running became the biggest footwear trends in 2018. Outdoor brands such as Salomon or Hoka One stepped up their collaborations with celebrities with utility being at the center of this streetwear zeitgeist.

In an attempt to break the two-hour barrier for the marathon Nike also launched its Breaking2 project in 2016. The brand chose three elite runners – Eliud Kipchoge, Zersenay Tadese, and Lelisa Desisa – to run in a private race in Italy in 2017.