"The post-Brexit Bangladesh economy will face a low export growth due to subdued demand especially for RMG caused by weaker currencies in the UK and the EU zones. Negotiations are taking place but British dream of comprehensive free trade with Commonwealth would be much farther away and far less attractive to Commonwealth countries."

The post-Brexit Bangladesh economy will face a low export growth due to subdued demand especially for RMG caused by weaker currencies in the UK and the EU zones. Negotiations are taking place but British dream of comprehensive free trade with Commonwealth would be much farther away and far less attractive to Commonwealth countries. 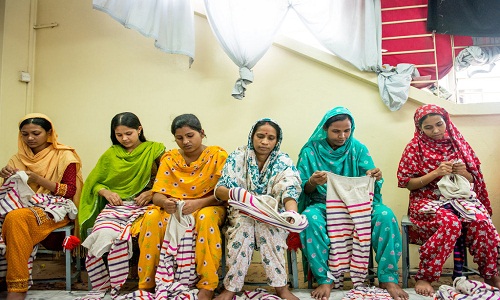 'Brexit', does not simply refer to exit, rather it should be seen as 'entering' into an era of uncertainty about future relationship with the UK and EU and the rest of beneficiaries countries, thus greatly affecting the economies which are intertwined or have major trade relationship with either or both parties. There should ultimately be fiduciary, operational, and strategic perspectives to implement the exit. Bangladesh faces uncertainties considering the future outlook of exports and imports to the UK and the EU. The EU, as a bloc, is the largest importer of Bangladeshi products of which the UK constitutes about 10 per cent as a single country, being the third after the US and Germany. The total export volume from Bangladesh to the UK during the FY 2015-16 was valued at $3.2 billion. The main export items are: knitwear, woven garments, engineering products, frozen food, leather etc. Readymade garments constitute nearly 90 per cent of the total export at $2.90 billion which is about 12 per cent of global RMG export of Bangladesh.

The devaluation of pound has already implied severe pressure on Bangladeshi exporters as net profit margin has already been squeezed due to increase in operational and compliance costs. The consequences have been so explicit that the Overseas Development Institute (ODI), a London-based think-tank on international development issues, has said lower value of the pound and lower UK growth will reduce imports in the short-term.

The fall of pound enables countries to gain from import and its benefit can be reaped off. On the contrary, the appreciation of euro against pound has made imports from countries like Italy, Germany, France, costlier. Increase in inflation which was 0.6 per cent in August, the highest since November, 2014 also affecting the real purchasing power of the British consumers.

The major threat that comes with uncertainty is whether Bangladesh will enjoy 'GSP' or EBA scheme which grants duty- and quota-free access to all products, except arms and ammunitions, covering 99 per cent of all tariff lines. As implementation of Brexit by the British and the EU authorities will be in the coming two years, it will determine their tangled trade relations like the single market facility or performance like European Free Trade Association. If Britain exits leaving the single market facility, then companies like Primark, M&S, Asda, Newlook and others will face tariff charges in EU, resulting in higher prices and lower demand, eventually leading to lower import from Bangladesh. These raise questions whether the $5.0 billion garment export target by 2021 in the British market will be possible. Moreover uncertainty and volatility in the British market is likely to have adverse impact on its investment bound for Bangladesh.

A more tailored policy is required To counter the Brexit effect Bangladesh needs some precautionary measures. The government should form a support fund/subsidiary to counter the immediate exchange rate loss and should pay attention to bilateral relations as out of the EU, Britain will also look to reform its international relations. It should also consider what will happen if more EU countries want to leave the union following the Brexit. As a LDC, Bangladesh government is now required to play a vigorous role to uphold trade interests and maintain relations with trade bodies in Britain. The central bank may also intervene to keep up the value of pound against taka to support the exporters. The exporters and their associations should start to recognise geopolitical risks and formulate long-term business strategies. They should also explore new markets and different channels. The RMG sector needs to explore new markets with additional basket of export products.