"One reason for sports licensing and merchandising not picking up in India is its low distribution capacity. Biggest Indian retailers have only around 350 to 400 stores across the country. On the other hand, Walmart and Target have 3,000 stores. This gives fans in Tier II and III towns more opportunities to access their products."

In August, three months after Liverpool were crowned the champions of Europe, the club struck a deal with the Mumbai-based brand management and licensing agency Dream Theatre, to operate its licensing business in India and South Asia. The agency will partner with licensees to give Liverpool fans access to a range of products such as apparel, sporting goods, gifts and novelties.

This licensing model for international sports teams is not new to India. However, the market for sports merchandise in India is limited which made it extremely difficult for Liverpool to sell their products in the country. As the 2018 annual global industry survey of Licensing International revealed, India sold only $41 million worth of sports goods in 2018 out of the total retail sales of licensed merchandise in the country. This is less than 2.6 percent. Indian sports licensors earned just $2.4 million in royalties last year, out of a total $86.6 million royalties earned that’s less than 2.8 percent. 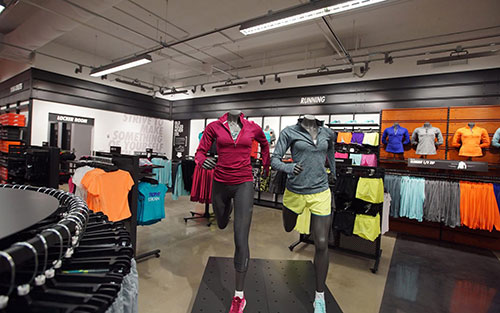 One reason for sports licensing and merchandising not picking up in India is its low distribution capacity. Biggest Indian retailers have only around 350 to 400 stores across the country. On the other hand, Walmart and Target have 3,000 stores. This gives fans in Tier II and III towns more opportunities to access their products.

Price point is also a big obstacle. Official jerseys of football clubs such as Liverpool, Arsenal and Barcelona cost between Rs 4,695 and Rs 5,499. In India, very few consumers can buy merchandise priced over Rs 2,000. This has contributed to the booming of knockoffs industry in India. These knockoffs have plagued Indian retail for decades, with the country placed fifth in list of trading fake goods. As per Organisation for Economic Co-operation and Development (OECD)’s 2018 report, counterfeit products industry is reportedly estimated to be worth $500 billion globally. In India, it is reportedly worth over Rs 40,000 crore in the organised sector alone.

Besides jerseys of Indian sports teams, franchises have also started selling other merchandise such as caps, mugs, mobile phone covers, badges, and headphones, which are a lot cheaper. However, apart from teams in cricket, football and kabaddi, sports merchandising has not caught on in India. One of the major reasons for this is that Indian sports leagues are still young and haven’t created as much fan following as their Western counterparts. IPL, the oldest league, has completed only 12 seasons, while American leagues like the National Basketball Association and Major League Baseball are between 70 to over 100 years old.

Building a fan culture in India is a slow process. Abhishek Ganguly, Managing Director, Puma India advises Indian sports teams to persist with merchandising for it to become a cult. He believes international sports brands need to be smart about their merchandise business if they wish to thrive in India. He cites the example of NBA, which in its early days in India, only sold imported team jerseys. However, eventually, the association  started offering a wider and more affordable range of products by tying up with Indian partners.

Like NBA, Puma has also licensed most of its merchandise in the motorsport range with brands such as Scuderia Ferrari, Red Bull Racing, Porsche Design and BMW. The range, retailed at Rs 1,299 for caps and Rs 9,999 for a jacket, is doing quite well.  Growing popularity of streetwear or athleisure in India, coupled with the aspirational value of the range itself, has benefitted brand’s licensed merchandise in the country.

Licensing agency Dream Theatre also wants to tap into the sports licensed apparel category. However, for this the agency needs to introduce innovative ideas that will help it to thrive in this market.