Top global brands/retailers have been flocking to Bangladesh for the quality of denim products at competitive prices. A new relatively new entrant in denim, Bangladesh expects strong demand for their denim to continue. However, COVID-19 could be a major growth interrupter going forward, writes Ajanta Ganguly

As the second-largest global exporter of textiles and apparel to the world after China, Bangladesh has benefitted greatly from the US-China trade conflict over the few years. However, due to shorter lead time and a better business environment, Vietnam, Pakistan and other countries are close competitor, with whom US retailers and investors feel safer. Vietnam has gained the most from the US-China trade war because of its preparedness in reviving business from the trade redirections. Buyers were initially not keen to come to Bangladesh, as the ease of doing business was still lower compared to other competing countries.

Low wages have helped Bangladesh to build its garment industry which is people-centric with around 4,000 factories employing 4 million workers. The industry picked up quickly with deflected business from China, garment exports accounted for $34.12 billion or 84 per cent of the country's overall exports of $40.53 billion, in fiscal year ending in June 2019.

Denim exports from Bangladesh to the US rose 5.42 per cent to $573.27 million during the January-August period of 2019, due to the redirected business as a result of the US-China trade war. Although Bangladesh was supposed to gain more from trade conflicts in capturing market share of denim products, its close competitors of Vietnam and Pakistan gained the highest. The total imports of the US of denim products from world markets recorded a 4.55 per cent growth to $3.9 billion during the January-August period of 2019, which was $3.73 billion.

But just when finally it got some business going, the Coronavirus pandemic struck and everything started going downwards rapidly. The finished products are ready and waiting but the US and European countries reeling under the pandemic and in no position to bring them over. The country now looks all set to lose roughly $6 billion in export revenue this financial year amid cancellations from some of the world's largest brands and retailers. Along with this will be the loss of jobs many of the of more than two million Bangladeshi garment workers. This might just be the last nail in the coffin of a poor economy.

The Bangladesh government is now appealing to global markets in Europe and the US to pay and take delivery of the finished products once the lockdown is lifted, even if they don’t place any new orders. Order cancellations could affect more than 2 million workers in the garment segment, with some 1,048 factories that are part of the Bangladesh Garment Manufacturing Exporters Association (BGMEA), as being reported.

"We've lost more than $3 billion due to the crisis. All our orders until July have been cancelled or suspended. Suspended orders will eventually get cancelled. All these orders were placed for summer and it takes three months to get these delivered. If they are not taking supplies now they will not take it when the summer is over. Many factories will be closed if this persists,” points out Mohammad Hatem, vice president of Bangladesh Knitwear Manufacturers and Exporters Association (BKMEA).

Although the country’s overall apparel export figures were high, most Bangladeshi factories were already facing losses or thin margins since last year because of government-implemented wage increases in December 2018. However, most buyers were cancelling orders that had been produced, delaying payments and asking for discounts on already shipped goods. Others were following a wait and watch policy and refraining from placing new orders.  The number of firms cancelling orders is growing everyday leading to increased pressure on supply chain of the upstream firms. 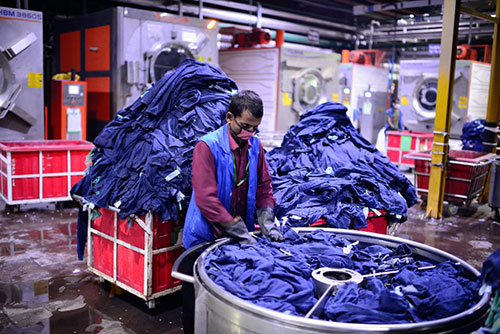 Bangladesh is a new entrant in the global denim markets, valued at nearly $60 billion, with a share of only $3 billion in a year before the pandemic struck.  But the prospect is high for Bangladesh as globally renowned retailers and brands are flocking to Bangladesh for the quality of denim products at competitive prices. Bangladeshi garment makers are expecting the total denim export will reach $7 billion by the end of 2021 for the different kinds of garments higher demand for the products. However, before, things were going well for the country.

Demand for denim products for both men and women are increasing worldwide. Experts say in Europe, one in every three persons wears denim from Bangladesh. Almost 70 percent of the population in the US wear denim products regularly, with an average consumer owning seven denim products at any given time. In the UK each consumer owns an average of 17 denim garments. Annually 2.1 billion pieces of denim are sold globally. The denim sector will grow by 15 per cent year-on-year until 2020. It is also predicted that the size of the global denim market will reach $64.1 billion by the end of 2021.

Around 40 per cent of denim fabrics used by leading global brands come from Bangladesh with the rest through import mainly from China, India, Turkey, and Pakistan. Local entrepreneurs spread throughout the country have set up more than 32 mills and invested more than $1billion in the country so far. In reaping the maximum benefit from the trade tension garment manufacturers have emphasized trade liberalization, attracting FDI product diversification and making exchange rate competitive.

Indeed, the reality will be different after the unforeseen pandemic. Many brands such as H&M, C&A, JC Penney, Best Seller, Tesco, Zara, Li & Fung, K-Mart Australia, K-Mart USA, Takko, G-Star, Inditex, Only & Sons, Only, Pull & Bear, Barmoda, Nosiy May, LPP and New Look are currently sourcing their denim requirements from Bangladesh. Many local manufacturers have now developed their sophisticated design studios or value addition to their products.

Most of China’s trade is shifting to Vietnam and Cambodia as US retailers and investors feel comfort due to shorter led time and better business enlivenment. Vietnam has gained the most from the US-China trade war because it was more ready to revive business from trade redirections. It earned around $346.27 million exporting denim products, up by 34.43 per cent from  $256 million during January-August of 2018. Vietnam has gained the most from the trade conflict not only because they managed best to gain from the redirected trade, but also because they have a more diversified products basket. Much of the garment trade has been redirected to Mexico too, which was the second-largest exporter of denim goods in the Jan-Aug period of 2019 with an 8.80 per cent increase in export from $793.22 million to $863 million.

“Bangladesh’s denim products exports to the US markets performed better due to the US-China trade war. But Bangladesh has been able to capture a very few from the trade conflicts, while its competitors such as Vietnam and Cambodia reaped the most benefits. Buyers are not willing to come here as the ease of doing business is still lower comparing to other competing countries, which is undermining the opportunity. Though, Bangladesh saw an eight-point jump in ease of doing business in the latest ranking but not enough to attract them, ‘’ points out  Sharif Zahir, a director of Bangladesh Garment Manufacturers and Exporters Association (BGMEA).

China has been moving away from the basic garment manufacturing business for the last couple of years as it is now more focussed on high-end garment items. Lack of skilled workers, who now prefer better-paid jobs, as well as the high cost of production, is helping to guide the workflow towards Vietnam, Cambodia and to even33 Myanmar, a promising new entrant to the apparel trade.

Ziaur Rahman, H&M regional head for Bangladesh, Pakistan and Ethiopia believes Bangladesh has a large scope to increase its share in the clothing market through diversification of apparel items, producing value-added product development and increasing efficiency. Rahman says when placing any value-added denim products, H&M first thinks about Turkey, then China, then Pakistan due to their capacity and strength on value-added segments.  Bangladesh is the last option for them. Apparel giant, H&M annually sources garments and accessories, worth around $3 billion, which is around 8-10 per cent of Bangladesh's total apparel export earnings.

According to market research firm Technavio, global denim and jeans market is worth more than $60 billion, out of which around $14 billion markets exist in the US alone. The denim industry is expected to grow at a CAGR of over 6.5 percent by 2020. As one of the largest exporter to the EU, while holding a large share in US markets, there is an enormous opportunity to grow in the US, surpassing Mexico and pacing up to match the export figures of China, especially in premium denim jeans segment which is expected to grow at a CAGR of 12.23 percent by 2020.

In getting higher prices and to make an entry into more expensive premium products, Bangladesh needs to focus on more sophisticated technology-based manufacturing industries. This would include innovative technology in washing, dyeing, manufacturing and the rolling out of the finished goods. The government also needs to adhere to the denim manufacturers demanded policy support regarding a better gas and electricity connection at cheaper prices to increase fabric production capacity.

Many local businesses are now making new investments in fabrics and design innovations and increasing manufacturing capacity, to redirect China’s export market towards them. This will greatly help to promote Bangladesh’s dominance in the US and EU markets with a product portfolio of high-end products at a better price. Also, the improvement of the safety and hygiene standards in the garment manufacturing segment is attracting more global buyers.

Even before the Coronavirus pandemic struck, the retailing situation of denim was not good across the European Union. Consumption had fallen mainly due to uncertainty over the execution of Brexit. Having been delayed several times, it has been a wet blanket on importers' confidence and a big reason for lower export earnings from the denim segment in Bangladesh. Since importers were unsure about the tariff rate after the Brexit they have remained low-key about placing large work orders. Industry leaders were looking forward to a jumpstart to their export figures through the 12th edition of Bangladesh Denim Expo which was scheduled in April. But the health concerns and travel restrictions linked to the coronavirus outbreak has led to the event being cancelled.

Bangladesh and other low-cost manufacturing countries are now undergoing major commercial and humanitarian damage due to stoppage in production and delayed payments. The global fashion industry will need to rethink on how it will do sustainable business and purchasing and manufacturing policies will have to be changed in the light of the economic impact of Covid-19. Till then, everything will remain in gridlock with millions of jobs are at risk and cancelled or frozen orders, till the global denim industry slowly gets back to its feet again. 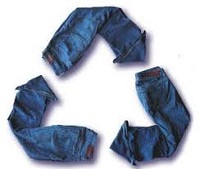