Colored cotton makes its way into the Turkey market 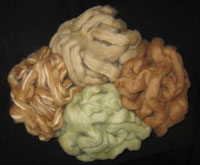 The ministry recently collaborated with a textile company for the mass production of the coloured cotton developed by the General Directorate of Agricultural Research and Policies (TAGEM). This company will produce in an area of 25,000 sq. mt. in 2019, and that after 2020 production with a more extensive contract will be established. As this cotton is natural, it does not have a carcinogenic effect, is environmentally harmless, organic and important for children’s clothing.

The naturally colored cotton was produced in India, Pakistan, Egypt and Peru in B.C. 2700. The colors and 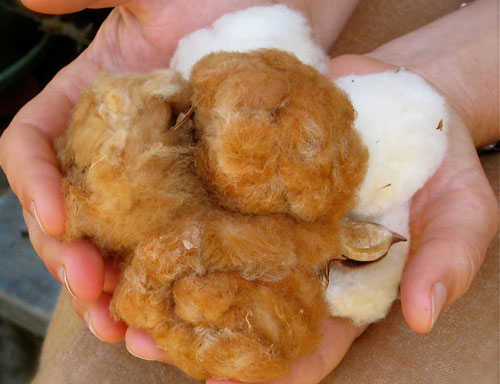 shades of this cotton vary according to the climate and soil characteristics of the cultivation area. Its most common tone is yellowish brown. These cottons are either naturally derived from colored seeds or produced by breeding studies of universities and institutes.

Naturally colored cotton refers to brown and green cotton in different shades. As these cotton fibers do not need to be dyed, they eliminate the use of water, energy, chemicals and time spent for dyeing. They also prevent waste and pollution reducing the dyeing and finishing cost by almost half.

The fastness values of colored cotton are similar to those of the white cotton. The spinning of this cotton also demonstrate similar good values. Also, the color of this coloured cotton takes longer to fade after washing. It is therefore, considered as a value-add to the original white cotton.

The market for colored cotton market continues to grow with important researches being conducted on seeds and fibers across the world. Various universities and institutes have also introduced important studies in the field of colored cotton. For example, the Nazilli Cotton Research Institute produces colored cotton. Its patent for Nazilli DT15 type buff naturally colored cotton was obtained in 2005.

Another point working on colored cotton production in Turkey is Kahramanmaraş. After a long period of research, the production of colored cotton in this region began in the early 2000s with the Eastern Mediterranean Passage Agricultural Research Station Directorate and the Kahramanmaraş University Department of Agricultural Engineering with the production of three-different colors of cotton. Another institute that carries out studies on this subject is the Çukurova University Agricultural Engineering Department.

Despite challenges, Fabscrap aims for a waste-free future

"The fashion industry is often referred to as the second-most-polluting business in the world as it contends with issues like... Read more