Xinjiang is China’s largest far-west region, where long staple cotton is most famous and region is witnessing very fast investment growth in spinning industry. On March 25, the Industrial Park Working Committee of China National Textile and Apparel Council organized an online podcast meeting to discuss the current industry situation in the region, arising because of coronavirus impact.

Mr. Wang Xiaobo, Executive Vice President of Korla Fiber Company of Xijniang Zhongtai Textile Group stated that its fiber company produced 91,300 tons of viscose fiber and 51,400 tons of spun yarn with sales income for 458 million Yuan at production/sale ratio at 75.5% from January to February. Most of its clients, weavers, knitters, and garment manufacturers, are located far away in east and south of the country, where in those east and south regions, productions have not bounced back yet to their regular level after the outbreak of COVID-19. Since, the company is getting a high level of inventory piling up for its viscose fiber and yarns, led to its decision to scale down its production to balance the mounting inventory. As a consequence, because of less output, the cost of production/ton is increasing. If the sales continue to further slide down, the company will be under pressure not only for increasing production costs, but also will have problems in paying back bank loans, making business more difficult. 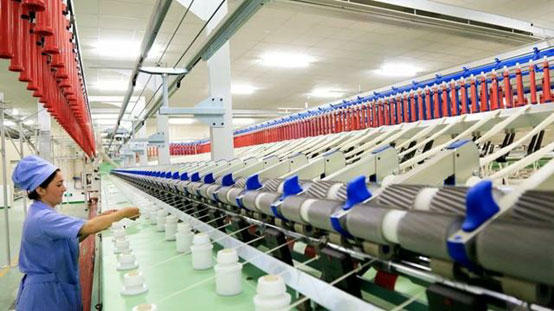 The similar situation is faced by many businesses in this industrial park. According to Mr. Liu Qin, Chief of Economic Development Division of  Economy and Technology Development Park in Korla City, the first two months of this year witnessed a slowdown in industrial output value and yarn production with the big companies in the industrial park, like Zhongtai Textile and Litai Silk Road, business freefalling  by 30% and 60% respectively, because of the global pandemic.

The companies in the park mostly produce fiber and yarns that are raw materials for the downstream production, where as fabric and apparel manufacturers are largely in the other provinces that were hit hard by the coronavirus infections. It will take some time before full recovery of production out there, so business orders from those clients are not projected to match up immediately. Because of the drop in orders and business and piling up inventory, price of fibers and yarns are dropping significantly, causing huge financial troubles, resulting in crippling of the businesses.

Mr. Yang Xiaodong, Deputy Director of Economic and Technological Development Zone in Korla city, introduced to the podcast attendees that , though the industrial park also has few downstream manufacturers who are also in the similar predicament because the business orders from international clients are quite a problem when foreign trade is impacted most.

Mr. Su Jianjun, Honorary Chairman of Shandong Dezhou Hengfeng Group, said its Group invested in a modern spinning mill with 1 million spindles in Caohu Industrial Park in Korla City, 85 percent of the capacity has already started with workers coming back to the mill on March 16, and the production/sale rate is 100% as of now, because its clients already had made a full payment for the yarns prior to the Spring Festival. But the new orders are not just as promising, for the reason clients are in wait and watch mood, to take advantage of possible drop in prices of cotton. What’s in store, remains to be seen, how much market changes with coronavirus fading away. 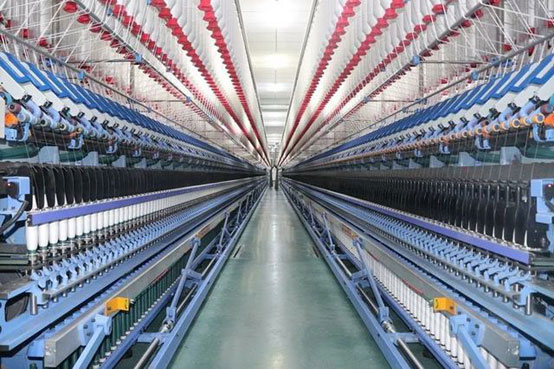 The podcast was successful to link China’s sparsely-populated Far-West to the commercially-prosperous provinces where they have common business interests, even though the new orders from some clients are kept in suspension for more favorable situation to come.

The Industrial Park Working Committee of CNTAC is now facilitating supply-demand matchmaking between different manufacturing clusters and parks at the national level to boost business with confidence in walking onto the land of hope out of mire.