Textile and apparel companies have been on a high alert ever since China submitted its application to join the 11-member Comprehensive and Progressive Agreement for Trans-Pacific Partnership (CPTPP). They believe China’s potential accession to the CPTPP could create unprecedented challenges for the Western Hemisphere textile and apparel supply chain that also involves the US textile industry.

In a signed article ‘China’s Membership in CPTPP Could Threaten the Survival of the US Textile Industry’ by Sheng Lu, Associate Professor, Department of Fashion & Apparel Studies, University of Delaware in Fash455, writes if China joins the CPTPP, tariff cuts could provide strong financial incentives to Mexico and Canada to use more Chinese textiles. This would increase China’s share in textile exports in these two countries more than that of the US.

Currently, US is the largest textile supplier to Mexico and Canada with share of 48.2 per cent and 32.7 per cent 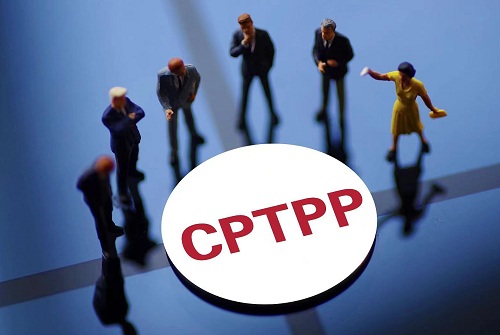 respectively in exports. They also serve as the largest export market for US textile producers, accounting for as much as 46.4 per cent of total US yarn and fabric exports in 2020. However, China has stepped up competition by offering a wider range at more competitive prices. It has strengthened its foothold in these two markets while US textile suppliers lost nearly 20 percentage points market shares from 2015-2019.

Potential threat to US’ export markets

If China becomes a CPTPP member, its textile exports would enjoy duty-free access to Mexico and Canada. Mexico’s reduction of import tariffs from 9.8 per cent to zero for China would make its textiles more price-competitive than the US’. This would cause the US textile industry to lose its most critical export market.

China’s CPTPP membership would also encourage Mexico and Canada to import textiles from there and export finished garments to the US duty-free. This would prove devastating for the US textile industry as it would decline US textile exports to its critical market comprising CAFTA-DR countries. US’ textile exports to CAFTA-DR countries mainly depend on the volume of garment exports by these members to the US. On the other hand, US’ apparel imports from Asia are free from dependence on US-made textiles. These imports are mainly made from Asian textiles. For instance, Vietnam imports 97 per cent of its textiles including yarns and fabrics from Asian countries including China, South Korea, Taiwan and Japan.

China’s membership of CPTPP also threatens to make Vietnam a more competitive apparel exporter than the US. Already, Vietnam is the second-largest apparel exporter to the US, next only to China. US’ apparel imports from Vietnam increased by 131 per cent between 2010 and 2020. Its share of apparel exports from Vietnam also increased from 7.6 per cent in 2010 to 19.3 per cent in the first half of 2021. Its inclusion in the CPTPP could encourage China to make more investments in Vietnam and increase its competitiveness in apparel exports. China and Vietnam’s CPTPP memberships could also result in demand drop for US textiles, making the industry’s survival more difficult.

Chinese lingerie brands like Ubras, Candy La Vie and Sujiin are building their businesses in the domestic market by offering... Read more

Recovering from the pandemic shocks, Pakistan’s textile exports are set to grow to $22 billion in FY22. Most of this... Read more

Believing in the ability of brands and retailers to neutralize their carbon impact and leave a positive mark on the... Read more

Once a booming sector, the fast fashion industry is losing favor due to rising environmental consciousness amongst consumers and a... Read more

With brands struggling with slower deliveries and rising transportation costs, the fast fashion industry is under grave threat. The industry... Read more

Once renowned as ‘category killers’, fashion retailers Gap and Benetton now face an uncertain future with Gap closing all its... Read more

Healthcare and military sectors to drive conductive textiles market till 2022