TRENDSPOTTING 2016: TPP is being projected as the biggest trade agreement in history, which will facilitate elimination of 18,000 tariffs on US-manufactured goods, while giving member countries cheaper access to markets across the Pacific. However, opinion is spilt about its real objective 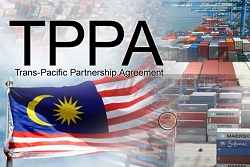 The much talked Trans Pacific Partnership (TPP), a trendsetting trade negotiation between 12 member countries, has set the stage for changing trade equations globally. The conclusion of TPP negotiations held in Atlanta in October 2015 is set to boost business between member countries. Subsequently, it is expected to have a larger impact on fashion business globally. The immediate effect will be on countries like United States, Canada, Australia, Brunei, Japan, Chile, New Zealand, Malaysia, Singapore, Mexico, Peru and Vietnam. However, experts believe it will primarily create growth opportunities for US export sector. 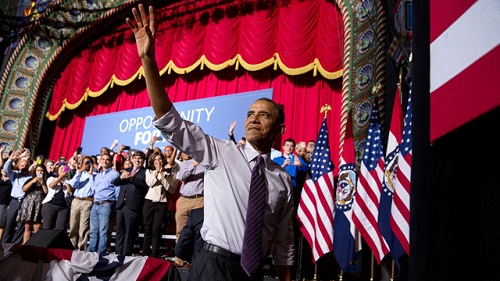 From a  global perspective, the treaty will have a far reaching impact as it aims to reduce, or eliminate, tariff and nontariff barriers across virtually all goods and services traded within the member countries to facilitate production and supply chain, transparency across country specific trade laws, smooth customs and border procedures, opening up of newer markets and increasing job creation.

‘Yarn Forward’ approach to boost ‘Made in America’

The TPP draft aims to facilitate economic growth through mutually beneficial, transparent trade policies between member countries, but the maximum reward will be garnered by the US. According to Julia K Hughes, President, USFIA, TPP represents an important opportunity for American fashion brands, retailers, importers, and wholesalers, who are already doing significant business in several TPP partner countries. TPP’s Textiles and Apparel chapter opens up export opportunities for ‘Made in America’ clothes, fabrics, and yarns and supports job creation in the United States. The ‘Yarn Forward’ approach requires use of yarns and fabrics from TPP countries in end products qualifying for preferential treatment under TPP. This approach aims to develop a regionally-integrated supply chain that will promote long-term growth and investment in this sector in the United States and also secures close customs cooperation among TPP countries ensuring US companies have access to temporary relief if an import surge causes, or threatens to cause, serious damage to their business.

A boost to US exports and employment

In 2014, the United States exported $394 million worth cotton fibre, yarn, and woven fabric to Vietnam, making the United States the second largest supplier of such products to Vietnam, behind China. Under TPP, Vietnam will eliminate these tariffs immediately, giving US cotton textile manufacturers a tremendous opportunity to increase exports to Vietnamese market. In 2014, the United States exported $91 million of industrial and advanced textile fabrics to Japan and exported $27.7 million of industrial and advanced textile fabrics to Malaysia. US exports currently face tariffs of up to 8.2 per cent in Japan and 20 per cent in Malaysia. Japan is the fifth largest market for the United States in these product areas, behind Canada, Mexico, Honduras, and the United Kingdom. US exports of industrial and advanced textile materials to Japan totaled $90.6 million in 2014, an increase of over 100 per cent from 2009. Under TPP, Japan will eliminate its tariffs on these products, which average 4.2 per cent. In fact, implementation of TPP ensures elimination of nearly all these tariffs immediately further giving a major boost to US exports.

One of the major beneficiaries of TPP would be Vietnam undoubtedly as it emerges a strong garment and shoe manufacturing country. TPP will help Vietnam as it benefits from the elimination of tariffs in the US and other major importing nations. A study by PricewaterhouseCoopers (PwC) reveals Malaysia’s participation in the Trans-Pacific Partnership Agreement (TPPA) would see a rise in exports by 0.54 per cent to 0.9 per cent in 2027 mainly due to higher manufacturing exports and increase investments by an additional $136 to $239 billion over 2018-2027. It is projected to achieve a cumulative gain in GDP of $107 to $211 billion over 2018-2027.

For Australia too, benefit is significant as $9 billion of import taxes from Australian trade will be removed and the country will have access to the US sugar market. For New Zealand, 93 per cent of the tariffs will be removed with its TPP partners representing annual savings of about NZ$259 million ($168 million). The dairy industry itself will save around NZ$102 million a year; this industry accounts for about a quarter of exports.

The jury not yet out on TPP

Indeed, TPP is being projected as the biggest trade agreement in history, which will facilitate elimination of 18,000 tariffs on US-manufactured goods, while giving member countries cheaper access to markets across the Pacific. However, opinion is spilt about its real objective. Though the 12 members of the TPP agreed on a framework to liberalise trade and foster inclusive development and promote innovation across the Asia-Pacific region, critics say, TPP may hamper American manufacturing jobs, reduce environmental standards and raise drug prices in the long run. Hence, the successful conclusion of the TPP is yet to be seen.