One of the important elements of the Trans-Pacific Partnership (TPP) is the 'Yarn Forward' rule, a component of the textiles and apparel section, experts say this will have specific impact on countries such as China, Vietnam and Malaysia. Under this provision, only yarn made by TPP members can be sold to the TPP markets, such as the United States and Japan. 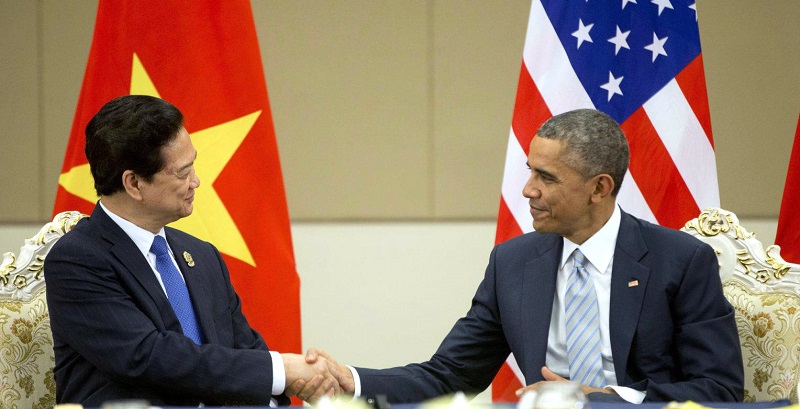 US Association of Importers of Textiles & Apparel (ITA) feels, this  provision has numerous implications. One is Vietnam can provide low cost manufacturing at an equivalent current productivity ratio of about 70 per cent of that achievable in China. However, its textiles industry relies heavily on cheap Chinese yarn imports. To take advantage of the TPP agreement and sell onto the lucrative markets of Japan and the United States, it will need to change its sourcing habits across the entire textiles industry, points out ITA.

Secondly, suppliers could include the United States and Japan for high quality items, and Malaysia, Mexico and Peru for lower quality production. Obvious and significant trade routes have opened up in this area assuming Vietnamese manufacturing can be upgraded to ensure quality sustainability. This alone may drive US investors to Vietnam to assist with machinery upgrades via joint ventures and US owned factories.

ITA further says that countries like Malaysia, Mexico and Peru, may gain spin off benefits by seeing investment in their textiles industries to support trade with the US and to upgrade existing facilities. The TPP agreement also contains significant aspects concerning the upgrading of IP protection and the enforcement of this, which is a positive as far as the American fashion industry is concerned.

Bypassing Chinese production, the US has opened a window for trade in the form of raw yarn to be exported, finished elsewhere under more secure conditions than in China, and then re-exported back to the US. Accessing cheap, yet well organised labour is part of this opportunity; Vietnam and Mexico both offer solutions. In case of China, according to ITA, the TPP Yarn Forward provision is obviously bad news for textiles and apparel manufacturers. The Chinese yarn manufacturing industry is now effectively limited to China’s domestic market and those of the ASEAN agreement. China is also about to lose the entire Vietnamese market in addition to being effectively cut off from US trade.

On the other hand, ITA says, the Chinese industry has been in decline for a number of years, losing much of its base to Bangladesh and also to some extent, India. However, the message for foreign investors in China’s textiles and apparel markets is clear – it is now time to seriously look at investing in Vietnam as an alternative.