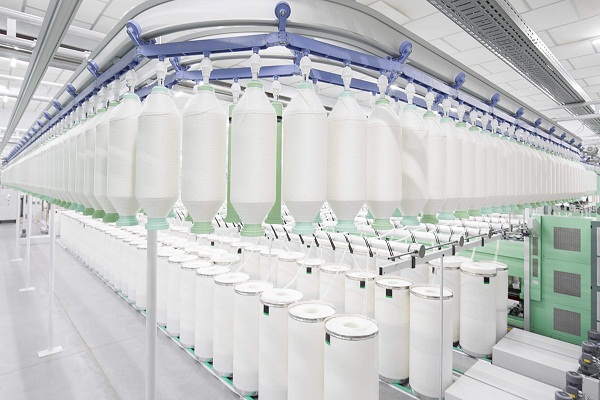 The government’s decision to allow duty-free cotton imports till September has led to the signing of many new deals across South India. Prabhu Dhamodharan, Convenor, Indiian Texpreneurs Federation notes, several mills in Tamil Nadu have started placing orders for imported cotton. They are placing orders for 30-40 days of production to balance imports with domestic production, Dhamodharan explains.

Spinners in South India are signing deals to import at least 100 bales (170 kg each) of cotton everyday, pointes out, Anand Poppat, a Rajkot-based trader in raw cotton, yarn and cotton waste. The Centre’s decision to allow duty-free import of cotton for a limited period was driven by rising domestic prices that surged past Rs 90,000 a candy (356 kg). Also spinning mills had slowed production as they were unable to get quality cotton.

With duty-free imports, the textile industry aims to add at least 40 lakh cotton bales to current stock to tide over the shortage. Besides the availability of quality cotton, the industry also fears production will be lower than the revised estimates of the Committee on Cotton Production and Consumption (CCPC) — a body of all cotton textile industry stakeholders.

CCPC has lowered estimates for cotton production in India to 340.62 lakh bales for the current season ending September as against 352.48 lakh bales in previous season. It also expects closing stock to reach a three-year-low of 45.46 lakh bales.

According to Poppat, Spinning mills are signing deals to import cotton at Rs 95,000 and Rs 103,000 a candy. Prices of the most exported variety of cotton Shankar-6 are currently hovering at Rs 93,200-93,800 a candy. Benchmark cotton futures are trading at 142.30 US cents a pound (Rs 88,425 a candy) on the Intercontinental Exchange, New York. Ronak Chiripal, Promoter, Chiripal Group, believes the Centre’s decision has helped control rising domestic prices to certain extent. However, textile producers continue to face inventory issues

Imported cotton give mills better realizations upto 4-5 per cent due to the low quality levels of current domestic cotton, says Dhamodharan. Indian cotton suffers from contamination, resulting in a drop in mill’s realization to 68.5 per cent. On the other hand, realization from imported cotton could be 75 per cent, Poppat says.

Spinners are likely to import from Brazil, the US, Africa and even Australia. They continue to rely on local ginners for cotton against the bookings they have made in the past 3-4 months, adds Poppat.

A drop in China’s domestic cotton prices has lowered scope for export of Indian cotton, says Poppat. Mills have so far exported 37.50 lakh bales of cotton from October 1 to April 23. CCPC estimates, cotton shipments from the country may drop to 40 lakh bales this season from 77.59 lakh bales last season.

Demand from across the world has dropped, says Chiripal. Shipping remains a big issue with lockdowns in certain Chinese cities worsening the situation. This has put a brake on rising cotton prices for now, affirms Chirpal.