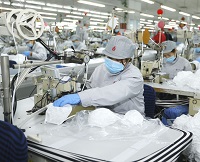 Year 2020 may prove to be one of the worst years for the fashion industry as consumers cut down on their discretionary expenses and focus on essential shopping. As a report titled ‘Time for Change’ by McKinsey & Company created in collaboration with Sourcing Journal notes, revenues for apparel and footwear sectors are likely to contract 27 to 30 per cent in 2020 year-on-year with even deeper declines in some sub-sectors and geographies.

The state of sourcing affairs

The survey reveals around 75 per cent respondents have already canceled existing production orders. This is severely impacting cash-poor manufacturers. 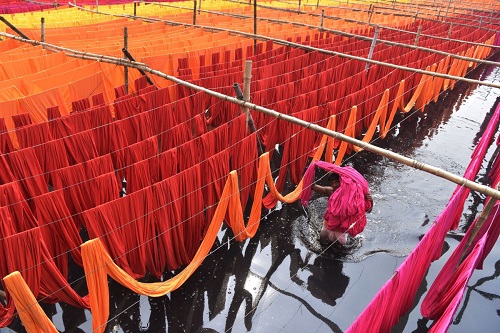 The liabilities of Bangladesh factories have already reached $10 billion, reveals BGMEA. While one-third of European companies haven’t cancelled orders, around 87 per cent of US businesses have. McKinsey says, this discrepancy could be due to the difference in structure of assortment between these two countries and their sourcing methods. The report reveals, smaller European players often draw on a more varied set of sourcing countries, including significant near- shoring options.

The survey reveals, more than half fashion players are taking responsibility for goods already purchased, and in some cases, already used raw materials. Just 13 per cent have agreed to pay production workers’ wages for more than half of their orders.

And 56 per cent respondents from global fashion businesses have taken measures to manage operating costs: 18 per cent have reduced salaries, 26 per cent reported furloughing or temporarily layed off staff, and 9 per cent have shed some staff permanently.

Next normal in sourcing

Around 76 per cent international sourcing community believes the pandemic will propel speed and flexibility models for the industry, the survey found. Of that three-quarters collective, 52 per cent expect to see a “high acceleration” of flexible product development with shorter lead times and smaller batch sizes. Sixty percent think they’ll see an acceleration of on-demand production.

With coronavirus forcing consumers to reflect on essentials versus excess, many are emphasizing on consuming responsibly from businesses that embrace sustainability. In a separate McKinsey consumer survey conducted recently, more than 20 per cent expressed their desire to curb clothing consumption and spend more on local businesses. Almost 16 per cent European consumers and 13 per cent of their North American counterparts said they’ll be buying more “socially and ecologically sustainable clothing” in their post-pandemic lives.

In the survey with Sourcing Journal, 70 per cent respondents believe the pandemic will fuel closer partnerships between buyers and suppliers, while 60 percent think it will finally push sustainable materials into the mainstream.