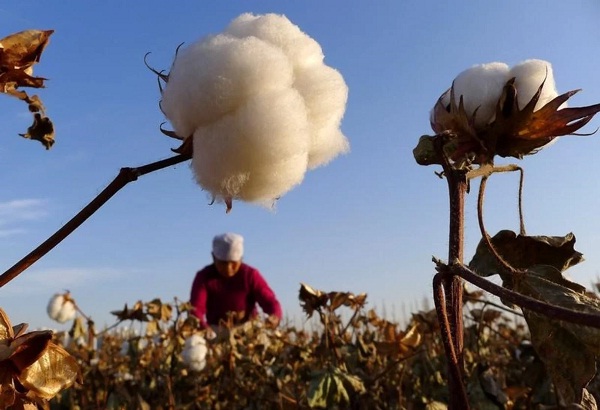 With the former Soviet republics altering ties with Russia, it has become imperative for Central Asian states to find alternative markets for their products to shield their economies from Russia’s impending economic collapse. Only a more economically prosperous Uzbekistan can help protect Central Asia from the threat of Russian and Chinese invasion.

The recent decision to lift global boycott on cotton imports from the country will help Uzbekistan reconfigure its textiles markets. Uzbekistan’s primary trade partner and its largest cotton importer, Russia is on the brink of economic collapse with rising inflation and sanctions shrinking its trade with Uzbekistan. To normalize trade relations with Uzbekistan, Russia needs to repeal the Jackson-Vanik Amendment adopted in 1974, to facilitate Jewish emigration from the Soviet Union by restricting trade.

Upholding Uzbekitan’s efforts to eradicate child and forced labor, the Cotton Campaign called for lifting of international boycott on Uzbek cotton in March 2022. This led to 331 international brands and retailers resuming operations in the country. Major brands such as Adidas, Tesco, IKEA, Marks & Spencer, H&M, Zara, and Gap have started sourcing Uzbek cotton, leading to a reformation of the Uzbek cotton industry.

Uzbekistan produces around 4.5 per cent of the world’s cotton. It exports 10 percent of global cotton requirement and adds approximately $1.3 billion to the Uzbek economy each year.

ILO says, Uzbekistan did not transform its cotton sector due to external pressure. Its primary motive behind the move was to create jobs and transform Uzbekistan into a producer and a manufacturer of textiles and garments. Higher salaries have led to a dramatic increase in the number of people being employed in the cotton industry. The sector has also benefitted from return of the migrant workers from neighboring countries. The pandemic and war in Ukraine, has accelerated the process.

One of the most important structural changes in the cotton industry has come from creating regional clusters to buy the harvest directly from farmers and process the raw material into textiles Clusters are also modernizing and attracting FDI. Decentralization also created conditions for bargaining between cotton pickers and buyers which resulted in higher wages.

Uzbekistan will continue cooperation with the ILO to create more higher-paying jobs through its second Decent Work Country Program for 2021-2025. The program sets out to improve the legal framework governing labor relations, expand employment opportunities for youth, women, and vulnerable groups, and strengthen social dialogue and the institutional capacities of social partners.

Cambodia, Myanmar catch up as Vietnam rises as the next popular apparel sourcing…

Having lived through a crippling civil war, a tsunami, the Easter Sunday bomb attack and the two-year long pandemic, Sri... Read more

Diversification and Digitization, keys to future success for fashion suppliers

The fashion industry is facing numerous challenges across countries. These include obstacles in delivery of in-demand products from suppliers. Also,... Read more

Traditionally, the global hub of garment production, Asia continues to maintain its dominance across the world. However, off late, the... Read more

Textile recycling industry is expected to provide social, economic and environmental benefits to around €4.5 billion by 2030. It would... Read more