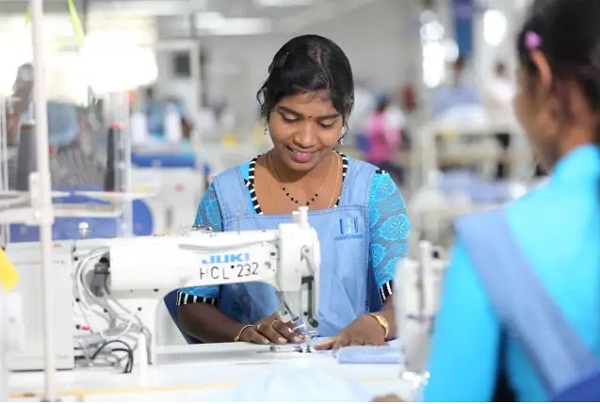 Indian apparel makers revenues have been growing 16-18 per cent on account of Sri Lanka-China crisis and a robust domestic demand. In 2021-22 fiscal, India’s apparel exports grew over 30 per cent while ready-made garment (RMG) shipments totaled $16018.3 million. India exported most of its textiles and apparels to the US, the European Union, parts of Asia and Middle East. Amongst these markets, the US held the maximum share of 26.3 per cent for knitted garments, followed by UAE 14.5 per cent and UK 9.6 per cent.

As per an analysis based on 140 RMG makers by CRISIL Ratings, factors like the rupee depreciation and continuation of export-linked incentive schemes are likely to drive India’s exports, leading to a revenue growth of around Rs 20,000 crore. India’s MMF exports are expected to grow 12-15 per cent, despite the higher base of last fiscal, says Anuj Sethi, Senior Director, CRISIL Ratings.

Disruptions in factory operations long with port congestion will dampen China’s export growth in dollar terms. However, domestic MMF demand is expected to grow over 20 per cent.

RMG operating margins to improve to 8.0 per cent

In fiscal 2022-23, the operating margins of RMG makers are expected to improve by 75-100 basis points year-on-year to 7.5-8.0 per cent though they will continue to be lower than pre-pandemic levels of 8-9 per cent. With prices of key raw materials such as cotton yarn and man-made fibre rising 15-20 per cent, RMG makers will be able to partially pass on input price hikes to customers as demand rebounds and operating margins improve.

India’s apparel exports are expected to rise further as import duty on raw cotton reduces from the current10 per cent, opines A Sakthivel, President, Federation of Indian Exporters’ Organization. Prices of yarn and fabrics will soften, he adds. Moreover, signing of CEPA with UAE and Australia will also accelerate India’s share in apparel exports in the US and many countries. India’s textile and apparel exports to Australia have grown by 2 per cent over the last five years and reached $6.3 billion in 2020. India’s share in Australia’s total textile and apparel imports is likely to rise further with the signing of Economic Co-operation and Trade Agreement (ECTA) between India and Australia.

Leveraging the China Plus One strategy

India’s textile industry has been growing on rising home textile exports and favorable geopolitical undercurrents encouraging countries to adopt the China Plus One sourcing strategy. Recent geopolitical developments such as COVID-19 have intensified the need for global diversification for these countries, as per a CII-Kearney study. To benefit from growing development, India needs to grow exports by $16 billion, urges the study.