"As per Export Promotion Bureau (EPB), Bangladesh RMG exports have grown 10.55 per cent in FY 19 to contribute 84.2 per cent to the country’s total exports of $40.53 billion. In the last five years, the country’s RMG exports added $10 billion growing on average 2 billion each year. Though this growth rate is impressive it still falls short of $50 billion target set by the government by 2021." 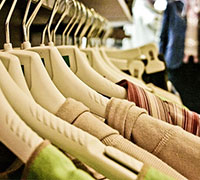 As per Export Promotion Bureau (EPB), Bangladesh RMG exports have grown 10.55 per cent in FY 19 to contribute 84.2 per cent to the country’s total exports of $40.53 billion. In the last five years, the country’s RMG exports added $10 billion growing on average 2 billion each year. Though this growth rate is impressive it still falls short of $50 billion target set by the government by 2021.

In the beginning of the year, the government had projected a single digit growth. However, it later revised this to double digits. If the sector grows at an average rate of 10 per cent in the upcoming two fiscal years, the total RMG exports will be worth $37.54 billion in 2019-20 and $41.29 billion in 2020-21. 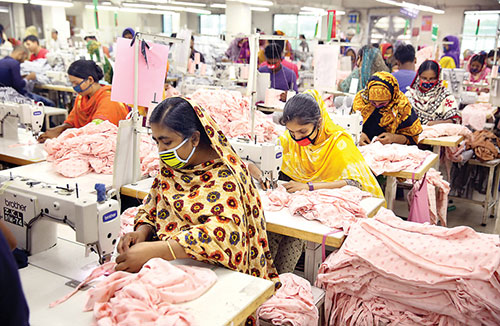 grew 2.85 per cent while to Canada it went up 1.78 per cent. This growth was mainly driven by factors like movement of buyers to other RMG destinations like Vietnam and India and increased facilities to the RMG sector in several Asian nations. However, gradual fall in prices in importing nations and internal chaos are affecting competitiveness of RMG exporters especially in the US and Canada because Bangladesh does not have any trade benefit there like GSP in EU.

Bangladesh’s garment exports to non-traditional markets rose to $4.67 billion from $4.24 billion growing at around 10 per cent year-on-year in the current fiscal due to positive government policies awarding 4 per cent cash incentives on export to non-traditional markets. Also, due to the duty-free market access in Japan and China. The emerging markets include: Australia, Brazil, Chile, China, India, Japan, South Korea, Mexico, Russia, South Africa and Turkey. EPB and BGMEA data shows, exports to these markets in the current fiscal year grew by 36.21 percent year-on-year to $2.90 billion

Though an 11.49 per cent RMG’s export growth is very encouraging; there are some challenges for achieving the target by 2021. These include: poor infrastructure, inadequate supply of energy, lack of skilled manpower, bureaucratic issue and low product diversification and lack of co-operative industrialisation. Bangladesh needs to pay attention on specific areas like factory remediation, infrastructure development, labor productivity, innovation, train up and counseling the worker to sustain the growth.

Another key challenge for garment manufacturers is to maintain a shorter lead time within Fast Trend Fashion. If Bangladesh is not able to maintain a strict lead time, buyers are likely to move to alternative destinations like Vietnam. The new imposed gas tariff is also another big challenge that the sector faces as it increases the production cost further. To achieve its export target by 2021, Bangladesh needs to focus on the top export destinations like the US which is still the largest single country RMG export destination for Bangladesh by contributing 17 per cent of its garments exports. RMG manufacturers also need to focus on an investment for ‘Branding RMG’ to make positive images of RMG industry of Bangladesh.

Industrialists will have to focus on diversified high value added production and technical textiles like agro- tech, geo-tech, medi-tech, sportswear, suit and swimming wear etc. with innovative modern technology and equipment, proceeding to automate each stage.

Though the positive growth of RMG exports creates hope for better days in the upcoming future, depending only on this industry can be a dangerous phenomenon for Bangladesh economy. To sustain growth, the country needs to adopt strategies to diversify not just its products but also the market which will help it to offer more solutions to the industry needs.