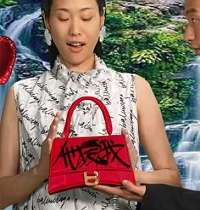 A nationalist sentiment is shaping the way consumers shop in China. Instead of foreign-made goods, young Chinese shoppers are opting for products made by domestic brands and companies. A case in point is the Chinese sportswear brand Erke, which sold products worth over 100 million yuan worth in just three days through its social media platform Douyin.

One reason behind the brand’s recent sales surge is its 50 million yuan ($7.7 million) donation to flood-devastated Henan Province in the north last month, reports Asia Nekkei. Earlier mocked for its tacky designs and poor rebranding efforts, the brand has become a source of inspiration for consumers for its appreciation of Chinese cultural heritage. 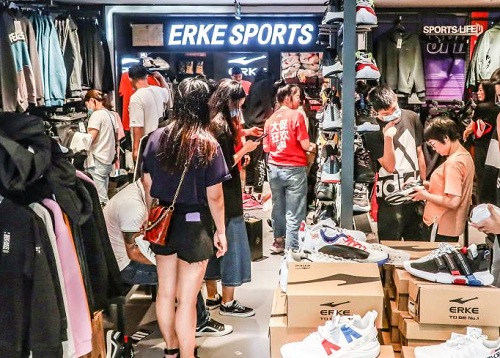 Sales of brands Anta and Li Ning also rose 51.3 per cent and 71.9 per cent on Tmall, China's largest business-to-consumer online shopping platform, part of Alibaba Group. On the other hand, sales of Nike and Adidas fell 58.9 per cent and 79.4 per cent. Both brands also lost their endorsement deals with Chinese celebrities.

Shifting preferences of Chinese consumers are also giving rise to guochao trend, where the designs of consumer products feature strong Chinese elements. Domestic brands are increasingly focusing on indigenous design elements ranging from ancient patterns that originated in the Tang dynasty to high-tech symbols such as 5G and high-speed rail.

Chinese labels accounted for 75 per cent of most-searched brands on Baidu in the first four months of this year. Searches for Chinese digital products, apparel and beauty products emerged as the top three most popular categories. Increased demand for domestic Chinese brands spells trouble for foreign companies that consider China as an important market for them. To survive, these brands would need to keep up with the fast-changing tastes of young Chinese buyers.

The digital-first strategies of domestic brands are helping them surpass foreign competitors. The market share of national brands increased to 46.3 per cent in 2019 from 24.4 per cent, reveals China Insights Consultancy. Growth was fuelled by major e-commerce platforms such as Alibab’s Taobao, JD.com and Pindouduo, says Wang Gao, Professor-Marketing, China Europe International Business School.

International brands need to accelerate localization efforts to catch up with domestic brands in terms of both merchandising and marketing, explains Pablo Mauron, Managing Director-China, Digital Luxury Group. Some Western retailers have tried to boost their localization efforts by launching limited editions during major Chinese festivals. However, their designs were considered to be too disrespectful of Chinese tradition. Brands Burberry and Balenciaga have been panned by Internet users for their inappropriate use of Chinese phrases on luxury items.