"With prices of clothing falling and disposable incomes rising, fast fashion has become one of the major trends of the 21st century. However, this has also contributed to major environmental crises and the textile industry is now regarded as the second most polluting industry. People are now questioning the moral and ethical compromises they have to make to keep up with the latest fashion trends." 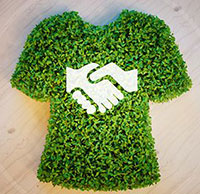 With prices of clothing falling and disposable incomes rising, fast fashion has become one of the major trends of the 21st century. However, this has also contributed to major environmental crises and the textile industry is now regarded as the second most polluting industry. People are now questioning the moral and ethical compromises they have to make to keep up with the latest fashion trends. The case in point is about the fast fashion brands, which prided themselves on providing ‘fashion at low prices’ but since 2013, these brandsare known more for their associations with the Rana Plaza type of incidents: where a factory collapsed due to the hazardous state of the building, claiming the lives of over 1,100 workers and permanently injuring over 2000 more. The disaster revealed the horrendous working conditions faced by those who work in the overseas factories producing clothes for our high street; including low wages, no health care benefits, unsanitary and mentally damaging working environments and excessively long working days.

A wake up call for brands

The incident compelled both consumers and brands to change their attitude towards environment protection. As 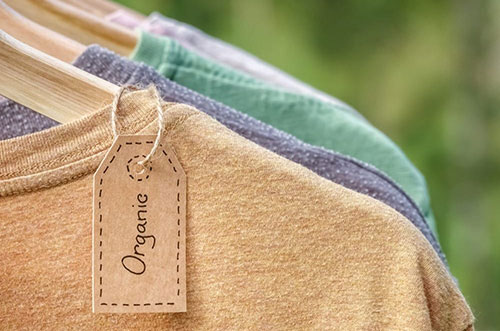 2018 Weber and Shandwick public opinion poll revealed, around 83 per cent millennials plan to boycott a brand for ethical, moral, or environmental reasons. This would serve as a huge wake-up call for offender brands who are now being pressured by both the government and the consumers to take responsibility for their extremely influential actions. Recent reports reveal, around 200 high street brands have signed up to the Sustainable Apparel Coalition so far.

On its part, one of the brands teamed up with Cotton Connect and the Self Employed Women’s Association (SEWA) in 2013 to create the Sustainable Cotton Programme. This scheme trains farmers in sustainable cotton farming techniques to produce organic cotton. The brand now plans to train 160,000 farmers across India and Bangladesh in efforts to exclusively use 100 per cent organic cotton in their products within the next few years. Though these efforts on part of the brands are admirable, still a lot needs to be done.

Social media too has contributed to the rapid rise in popularity of second-hand resale websites and apps such as Depop, eBay and Gumtree. Schemes like TK Maxx’s “Give up clothes for Good” in association with Cancer Research allow customers to donate their unwanted clothes to charity, preventing perfectly wearable clothes from ending up in a landfill.

Social media also exposes environmental offenders through its ever-present advertising and the ‘swipe effect’ which that thoughtless buying. For instance, earlier this year, The Guardiantriggered a nationwide boycott of the #IWannabespicegirl, which was being produced in a factory where wages averaged at 35p an hour and shifts were mandatory for 16 hours per day. Retailers like Marks and Spencer temporarily ceased trading of the brand’s products and launched an investigation into the production of its t-shirts. This campaign is yet another example of how the public are waking up to the dark consequences of fast fashion and demanding change.

Need for a more focused approach

Though a step in the right directions, these initiatives need a more critical eye that will push these companies to become more sustainable. Though the industry has set the ball rolling for becoming more sustainable however, it needs to reduce its consumption of fast fashion products to be truly sustainable. =