"Euratex, the European Apparel and Textile Confederation, recently said uncontrolled separation of the UK from the EU would have a very serious impact on industries on both sides, i.e. given comparably high import tariffs that would apply in the textiles and clothing sector. As per the Confederation, it is in common interest of the UK and EU27 industries to plead in favour of a smart and smooth Brexit, enabling current highly integrated supply chains to keep on working smoothly from fibres to end products." 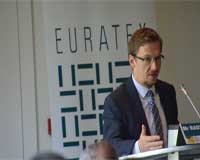 Euratex, the European Apparel and Textile Confederation, recently said uncontrolled separation of the UK from the EU would have a very serious impact on industries on both sides, i.e. given comparably high import tariffs that would apply in the textiles and clothing sector. As per the Confederation, it is in common interest of the UK and EU27 industries to plead in favour of a smart and smooth Brexit, enabling current highly integrated supply chains to keep on working smoothly from fibres to end products.

A transitional arrangement should cover suspension of customs duties and all legal and regulatory areas with relevance for textiles and clothing industry. It should also directly lead to a comprehensive trade and investment agreement in the long run. A future comprehensive EU27-UK trade and investment agreement should further consider the already existing close economic relationship between the European textile and clothing industries, reports Euratex. 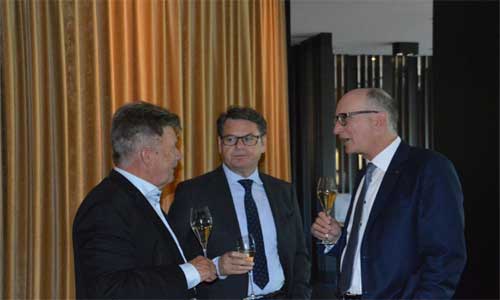 Way forward Euratex suggests, legal uncertainty should be avoided for all economic participants by adopting a transitional arrangement that would be applied between the March 29, 2019, the first day of the exit from the EU and the date of the entry into force of the comprehensive and ambitious agreement between EU27 and UK. The latter should also take into consideration the existence of a customs union between the EU and Turkey, and future FTA between UK and Switzerland as the EU - Switzerland 1972 agreement will no longer apply to UK.

Secondly, clear transitional arrangements bridging the gap between completion of the UK exit process and entry into force of future EU-UK agreement should be put in place. These should maintain the suspension of customs duties, efficient customs procedures and mutual recognition of regulatory standards. The major threat currently is the imposition of high customs duties. Avoiding new tariffs between the EU and the UK is a key factor for a future EU-UK relationship. In the textiles and clothing sector, the level of customs duties is generally higher than in other industrial sectors. Today, for the third countries not benefiting from any FTA or GSP regime, the EU duties are 4-5 per cent for yarns, 8 per cent for fabrics and 12 per cent for clothing entering the EU market. If duties of that kind were introduced, even on a temporary basis, between the EU27 and the UK, it would have a negative impact on both industries.

Future trade and investment agreement between the UK and the EU 27 should bring opportunities for growth, investment and job creation on both sides of the Channel, Euratex reports. It should cover the confirmation of a zero-duty level, customs procedures, public procurement, IPR provisions, market surveillance against non-compliant products, recognition of the specific textiles and clothing regulation, sustainable development; ensuring the maintenance of a fair access to R&D programmes, and free movement of nationals.

Regulatory divergence is another risk that should be dealt with. The risk of a regulatory divergence such as in the field of chemical regulation and REACH, CO2 emissions, consumer protection rules and standards, state aid, access to public procurement, labour laws and IPR is real. Divergences in the regulatory legislation of the EU and UK would create NTBs and result in high additional costs for consumers. Euratex aims at having an on-going harmonisation of legislation between UK and the EU, the organisation reports.