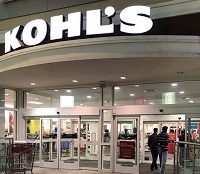 Worst affected by the Coronavirus pandemic, the lifeboat of American department stores is fast sinking with some of the biggest names planning to file for bankruptcy. Foremost amongst these is JC Penney, the retailer which skipped a mid-April interest payment. The pandemic has sidelined many of the brand’s turnaround plans besides forcing it to close all stores.

Similarly, Macy’s, with its liquidity drying up, has tapped advisors at investment bank Lazard and law firm Kirkland & Ellis to explore options that include new financing. Nordstrom in early April raised $600 million by placing a handful of its real estate assets.

As per Mastercard Spending Pulse shoppers have been shifting away from malls. This past holiday season, department store retailers saw sales decline 1.8 per cent from November 1 through December 24. The decline happened even as overall holiday retail sales grew 4.1 per cent the National Retail Federation said.

Brands like Nike, Coach and Levi’s — that department stores have long relied on -- have taken note, opting to invest in their own stores and websites to sell 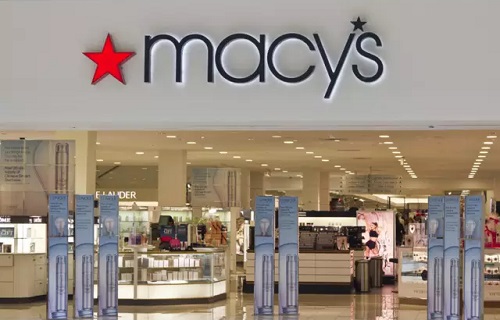 Coming out of a dismal 2019 holiday season, each department store operator had laid out strategies to bounce back. These included shutting underperforming stores while opening smaller location; launching new in-house apparel brands; improving merchandising; and growing sales online by offering more convenient pick-up options. Cowen & Co estimates these retailers can make it four to seven months with their stores shut, bringing in $0 in brick and mortar sales.

These companies are facing a test unlike anything they have ever been through before. Among the usual options for companies in distress are: restructuring debt directly with creditors, restructuring with court assistance in bankruptcy or liquidating entirely. The last choice could be unsavoury if stores remain closed. However, creditors would recoup less money if shops cannot hold going-out-of-business sales. Sporting goods retailer Modell’s, for example, was able to temporarily suspend bankruptcy in March, stating the pandemic outbreak had made its liquidation sales.

In the last two years, JC Penny reported profit only during its holiday quarter. The brand’s revenue too declined for eight straight quarters. To tide over this crisis, the brand withdrew $1.25 billion from its revolving credit line in March.

Beginning March 19, all 850 of its stores closed. The majority of its 85,000 employees have been furloughed. S&P Global does not expect them to repay debt. Instead, the firm expects the brand to pursue restructuring either with or without court assistance.

JC Penney has roughly $4 billion of long-term debt. Fitch Ratings reveal the brand’s $105 million bond repayment is due this June, which is also to decline its sales by over 25 per cent this year.

Macy’s to turn to real estate

The impact of COVID -19 is also being felt by Macy’s. Three weeks before the Centers for Disease Control and Prevention announced cases of COVID -19 spreading within the US, Macy’s had planned to shut 125 stores in weaker shopping malls over the next three years. Although it closed more than 100 stores since 2015, it still operates 551 of its namesake department stores, 34 Bloomingdale’s shops and 19 shops. Now the brand plans to issue new bonds backed by some of its real estate to come up with extra cash, reports Bloomberg. Its revolving credit agreement allows the company to issue $500 million additional debt backed by real estate or other non-inventory-related assets. Cowen expects Macy’s to be able to at least temporarily lift its covenants, preventing bankruptcy.

Despite issuing a warning that its financial situation could become distressed if its stores stayed dark for much longer because of COVID-19 on April 8, Nordstrom appears to be in a better shape The brand expects results for the quarter ended May 2 and beyond to be adversely impacted in a significant manner. The brand has already taken a number of measures to cut costs and raise additional liquidity, including furloughing the majority of its workforce, suspending its quarterly dividend payment effective in its fiscal second quarter, drawing down $800 million on its revolving credit line.

Since Kohl’s stores are typically situated along open-air strip centres, not enclosed in shopping malls, the brand is better positioned to ride out the pandemic than other department stores. Fitch expects the brand to accelerate its market share gains post the discretionary downturn. The ratings agency expects Kohl’s sales to fall about 20 per cent in 2020. Kohl’s has more than 1,100 stores. Under the leadership of its Chief Executive Michelle Gass, the brand has focused on opening in smaller locations. It has also divided some of its existing and bigger stores, to be able to lease out the extra space to gym and grocery operators. And it has been betting on its tie-up with Amazon — where it accepts Amazon returns at all of its locations — to drive traffic, and ultimately sales.

It recently secured a $1.5 billion asset-based revolving credit facility, increasing its liquidity by roughly $500 million. The company has borrowed the full $1.5 billion and used part of those proceeds to repay the $1 billion outstanding debt.

These retailers are doing what they can to move merchandise online. They are sending out a steady stream of emails and online ads tout flash sales, free shipping and buy-one-get-one offers on spring merchandise. Nordstrom is urging shoppers to create a home sanctuary and Kohl’s is telling people to make home a “happy place,” J C Penney is coaxing people to spruce up their home offices, primp for those video conference calls and get outside in the backyard for games and grilling.

They are unsure of their plans for the upcoming holiday season, which is typically a make-it-or-break-it time for sales. They expect operating incomes to decline by up to 40 per cent in 2020, the worst decline for any retail sector.