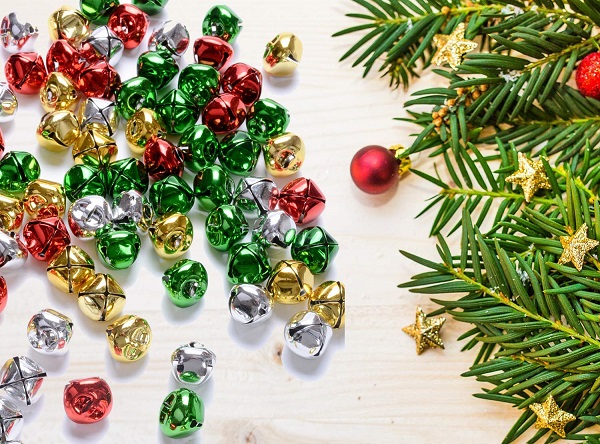 The Yuletide is a couple of months away and Indian exporters of Christmas offerings have reasons to deck their companies with successes. It has been reported that India now ranks among the top five countries that makes the festive season merry in the US with offerings of festive T-shirts and decorations. According to US Customs, the total value of festival-related goods has jumped roughly three times compared to last year, with a value of $20 million.

India edged out fellow competitor Philippines as buyers spread out with their orders, prompted by China’s strict lockdown as Covid-zero regulation came in to force coupled with rising labour costs. As Amit Malhotra of Asian Handicrafts says, orders are up 20 per cent from a year ago and they have increased production capacity accordingly. This year they have shipped over 3.2 million Christmas products, up from 2.5 million last year.

Even though China exports a sizable portion of Christmas items, a lot of first-time customers have just begun approaching Indian exporters. India exported festive items to over 120 countries already and in 2020-21 (April-Nov), such exports were valued at $39.3 million. Indian government stats show, export of festive-season items increased over 54 per cent from the fiscal 2020 levels in the year that ended in March, while exports of handicrafts increased by about 32 per cent over the same period.

United Arab Emirates, US, Mexico, Thailand and Philippines are the top five importers Indian Christmas items together accounting for 43 per cent of exported items. As Siddharth Jain, Partner in Kearney’s operations and performance practice says, China’s continuous decoupling from the global economy and the post-pandemic recovery presents an opportunity for India to accelerate its investment in lengthy competition and prioritize ‘capable of winning’ areas.

The opportunity doesn’t end with Christmas. Over the past three years, India’s export of handmade carpets has grown substantially. India accounts for roughly 40 per cent of global exports of handmade carpet exports worth $1.37 billion in FY20. From April 20 to February 21 India’s the total carpet exports stood $1.33 billion. It seems global markets have acquired a taste for handmade goods from India. The list includes: woolen, embroidered & crocheted goods, hand printed textile & scarves, brocade among others.

Indeed, India has the potential to overtake China in handcrafted items that not only bring merry during the holiday season but also throughout the year. The big companies that are importing from India include: Walt Disney, Target, Harrods in London and Dillard’s Inc.