"China, once known as the hotbed for cheap imitations of world-class designers, now prides itself for string of local brands such as Ms Min, Ming Ma and Angel Chen. These young designers, educated at the prestigious schools like the London College of Fashion and Central Saint Martin are challenging Western brands on quality and design. These homegrown Chinese designers are also reaching out to everyday shoppers in department stores across the country, while affordable fashion lines are venturing overseas with the help of trendy designs and online influencers." 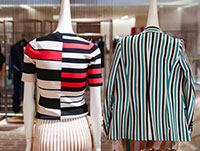 China, once known as the hotbed for cheap imitations of world-class designers, now prides itself for string of local brands such as Ms Min, Ming Ma and Angel Chen. These young designers, educated at the prestigious schools like the London College of Fashion and Central Saint Martin are challenging Western brands on quality and design. These homegrown Chinese designers are also reaching out to everyday shoppers in department stores across the country, while affordable fashion lines are venturing overseas with the help of trendy designs and online influencers. 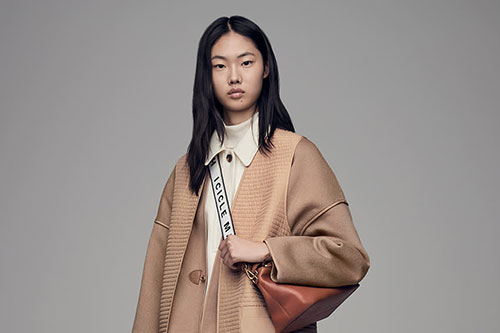 brands as domestic brands are using their authenticity to tell brand stories.

Chinese President Xi Jinping's effort to trump up national pride has sparked an appreciation amongst young consumers for local designs. A recent research by Ruder Finn and CSG noted, nearly 45 per cent Chinese consumers expressed their intentions to buy more domestic fashion brands in future. These brands are gaining popularity even at the Lane Crawford department store in Shanghai.

One such brand Icicle had to initially lower its prices to entice young people fresh out of school. However, as fashion courses started taking off at the Chinese Universities, the company benefited from the country’s expanding consumer market and has now established 260 stores across China. It also generates an annual operating income of 1.3 billion yuan ($188 million). In future, the company plans to upgrade its luxury offerings, which currently include T-shirts priced at about 700 yuan and a 40,000 yuan cashmere coat. In 2012, the company set up a design office in Paris to attract European talent, and last year, it acquired French brand Carven for $7.4 million.

With stores across China, Icicle now eyes the international market. The brand plans to open a flagship in Paris this September, followed by outlets elsewhere in France. According to Shouzeng Ye, Chairman of the company, quality is the key to competing with international brands like MaxMara and Burberry. The company has factories with skilled workers near Shanghai. It has also acquired sewing and knitting factories owned by foreign companies who were struggling to make profit.

Focusing on the middle class

While Icicle aims to target luxury shoppers, its compatriot S Deer plans to focus on the middle class customer who spend upto $70 on an average, though some items can cost over $100. Based in Nanjing, S Deer was founded in 1994 by former architect Cai Gonghe. The brand has 1,300 outlets in China, offering design oriented clothing with pleats, rough materials and embroidery. It also has three stores in Paris. It is likely to take customers away from top luxury brands towards cheaper fast fashion brands.

Though Western brands are still popular in China, consumers are emphasising more on their product’s design and quality rather than brand name. Consumers feel, local brands can balance quality and price in a better way besides increasing its sales.

However, this is also creating a stiff competition amongst the local and international brands in the Chinese market. To counter this, many Chinese brands are focusing on Western markets through a combination of online marketing and affordability. These brands are also leveraging China's supply chain to shorten their production cycles and keep up with latest trends. Shein, a Nanjing-based fast fashion e-tailer that sells exclusively to overseas markets, boasts of millions of followers on its main account on Instagram, triple that of Japan's Uniqlo.

The company, whose products sell mostly under $20 and sometimes as low as $5, has amassed 50 million customers worldwide from 224 countries. Revenue surpassed 10 billion yuan (about $1.5 billion) in 2018 -- nearly half of that of American clothing chain Urban Outfitters -just two years after hitting the 1 billion yuan mark in 2016.

A 2018 survey by consultancy PwC Lopez shows, Chinese consumers are being inspired by social media in their purchases. Globalegrow E-Commerce, the Chinese company behind Shein rivals Zaful and Rosegal, reported sales over 10 billion yuan last year. These brands are also embarking on international expansion plans just as Alibaba has announced plans to expand its partnership with New York Fashion Week to promote top and emerging Chinese designers.

However, these are just a few cases. In last 10 years, the Chinese market has been witnessing a reverse trend with aspiring Chinese fashion designers being content to stay home.