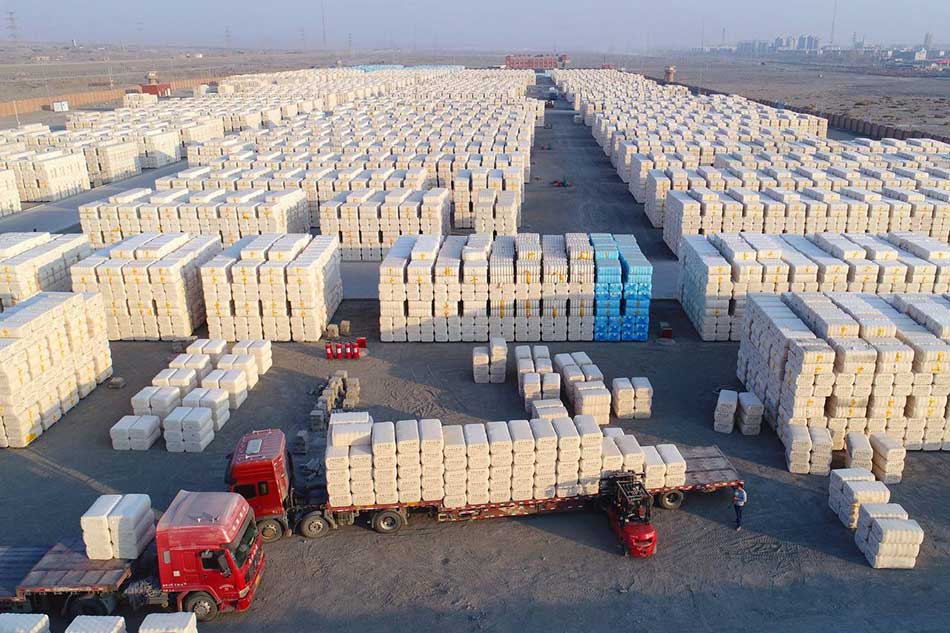 Beijing has announced plans to buy between 300,000 and 500,000 tons of Xinjiang cotton, indicates the China National Cotton Reserves Corporation (CNCRC). Cotton will be bought at domestic spot price of below 18,600 yuan ($2,770) a ton, says CNCRC.

Having restocked reserves between December 2020 and March 2021, CNCRC has been witnessing lowered demand for its cotton since its purchase announcement.

Cotton stocks on Zhengzhou Commodity Exchange have been on a decline since the announcement.

The implementation of the US’ Ugyur Forced Labor Prevention Act is causing a steep decline in the prices of Xinjiang cotton. Lasting for eight years, the act has banned all US imports from Xinjiang which produces around 91 per cent of China’s cotton. In 2021, the region produced 5.27 million tons of cotton.

Cotton produced in the region is either consumed locally or sold to other provinces to be converted into fabrics or garments for national and international markets.

The pattern of weak demand continues

Now, with the US ban on Xinjiang cotton, downstream textile manufacturers, especially those that export their produce, are likely to avoid refilling stocks. This is likely to pressurize upstream suppliers in the prices.

Wu Xinyang, Analyst, China Futures believes, stockpiling only provides manufacturers with limited liquidity, it does not boost prices. It aids processing enterprises increase sales but cannot restructure the pattern of weak demand and supply in the market. Wu says, the US ban will only boost sales of foreign cotton, and more purchases on Xinjiang cotton.