A new study by Coresight Research indicates, with the negative sentiment prevailing amongst American consumers against Chinese products it could accelerate the end of ‘Made in China’ label. The survey conducted in early June indicated around 47.8 per cent of Americans are urging retailers to source fewer products from China. Around 39.7 per cent also expressed less willingness to buy Made in China products.

There is a growing mistrust among US consumers about China-made products. In May this year President Trump allowed United States International Development Finance Corporation to finance companies producing emergency goods and services in the country. Legal experts are also incentivizing US companies with tax breaks and subsidies to uproot their China-based supply chains.

Along with growing negative sentiments amongst consumers, these initiatives could hasten the exit of many brands and retailers from China. Kearney’s most recent US 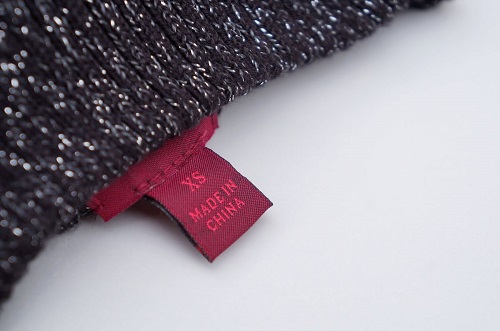 Reshoring Index notes a sharp decline in US manufacturing imports from China. The index states, between 2018 and 2019, US imports from China dropped 17 per cent, and the shift has only accelerated as the trade war rages on. Latest data from the Office of Textiles and Apparel (OTEXA) also reveals a 41 per cent decline in US imports of textiles and apparel from China upto April this year, leaving China with only 30.53 per cent share of the global market. Of the $31 billion US imports that shifted from China to other Asian low-cost countries in the 2018-2019 period, around 46 per cent of went to Vietnam.

In future, more companies could move their production out of China, says Coresight Research. Hence, instead of paying attention to political issues, retailers and brands should focus on consumer demands and the importance they give to the sourcing of products.