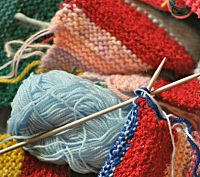 As a part of its structured breeding program launched through the National Livestock Mission, the Indian government imported 199 female and 41 male Australian Merino in 2019. After successful shearing for about five months, these sheep are expected to produce a batch of lambs that will offer the softest and the finest wool for apparels. A Down to Earth report says, these lambs are expected to reduce India’s dependence on raw wool imports, and boost pastoral economy. The government plans to replicate the program in Rajasthan, a state known for its superior carpet grade Chokla and Magra wool, informs Ashok Liladhar Bist, Additional CEO, Uttarakhand Sheep and Wool Development Board

Wool consumption drops to 10 per cent

The report says, one reason for the government’s growing sheep imports is the decline in domestic wool 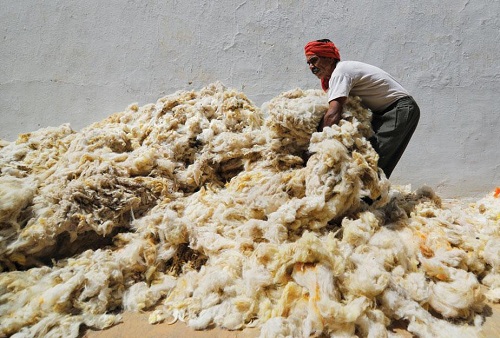 production. Data from the Ministry of Textiles indicates, as of 2018-19, India’s average annual yield in India declined to 0.9 kg as against the world average of 2.4 kg. During that year, India produced 40.42 million kg of wool against its consumption of 260.8 million kg. This increased its dependence on raw wool imports, particularly on Australia and New Zealand.

Despite an overall rise in population, sheep numbers in major wool-producing states like Himachal Pradesh, Rajasthan, Gujarat, Andhra Pradesh and Jammu and Kashmir are declining. In Rajasthan, sheep population declined by 13 per cent from 9.1 million in 2012 to 7.9 million in 2019. Historically a wool hub, the state now also sells grains. In the last 10 years, India’s consumption of indigenous wool dropped to 10 per cent as the quantity produced is not sufficient reveals a study the Centre for Pastoralism, an initiative of Gujarat-based non-profit Sahjeevan.

Imports and crossbreeding are unlikely to resolve this issue and India needs to improve the quality of wool, say experts. The Down to Earth report says, Indian farmers also need to increase focus on sheep breeding for wool rather than for meat. The government needs to incentivize wool shearing and make it a lucrative option for farmers, says Sushma Iyengar, Founder, Kutch Mahila Vikas Sangathan, Thirdly, India needs to increase land pastures across the country. Grazing land in Rajasthan fell from 1.7 million hectares in 2007-08 to 1.6 million ha in 2017-18, shows data from the State Agricultrual Department shows, Land under grazing in other states like Gujarat is also shrinking, while in Uttarakhand and Telangana, it is out of farmers’ reach.

Wool shearing in India also suffers from high machine costs. Most shearing machines are imported and cost Rs 1-1.5 lakh, adds Narula. The Ministry of Textiles and IIT-Delhi have launched cheaper versions of machines but they are still in the testing stage. Around 25 per cent farmers in Uttarakhand engage in machine shearing, as against five per cent three years ago. However, sheep care has not received adequate attention in the state.

The state offers abundant scope for better processing and marketing of wool, and even a minimum support price (MSP), like in crops, affirms Narula. Yet, wool shearing in the state fails to receive adequate attention, explains Mohammad Sharif, Former Managing Director, Jammu and Kashmir Sheep Development Board. The Textiles Ministry attributes the constraints faced by the wool sector to outdated and inadequate pre- and post-loom processing facilities, the ineffective role of state wool marketing organizations, the lack of an MSP system and no educational institute for wool technology. The Ministry urges the government to raise awareness about this sector amongst shepherds and improve their access to land pastures. The government also needs to facilitate wool marketing and ensure better prices for farmers.