"Apparel Sourcing And Shawls & Scarves – The Accessories Showcase Paris, Avantex Paris and Texworld Paris, held at Paris Le Bourget from February 6 to 9, 2017 received tremendous response from global visitors. Messe Frankfurt's February 2017 trade shows in Paris demonstrated calm optimism with a total of 13,559 visitors, an increase of 6.9 per cent compared to February 2016 show. The uncertainty experienced in February 2016, due to challenging security issues, returned to normal."

Apparel Sourcing And Shawls & Scarves – The Accessories Showcase Paris, Avantex Paris and Texworld Paris, held at Paris Le Bourget from February 6 to 9, 2017 received tremendous response from global visitors. Messe Frankfurt's February 2017 trade shows in Paris demonstrated calm optimism with a total of 13,559 visitors, an increase of 6.9 per cent compared to February 2016 show. The uncertainty experienced in February 2016, due to challenging security issues, returned to normal. Indeed, a situation that puts the fashion industries back in an ideal position to move on. Europeans and American visitors saw an average increase of 6 per cent during this show. 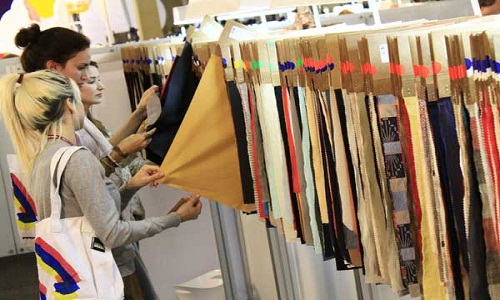 The French are keener than ever to attend the show and numbers grew for the 3rd show in succession, amounting to 12 per cent this time. Italian visitors are up 9 per cent and those from Spain also saw 3 per cent increase. Extremely stable figures for the UK, which still remains the second-most represented country. The conspicuous presence of numerous trade visitors from Greece, an increase of 13 per cent, is evidence of a return to form for this well-known player in the sector

Americans found their way back to Paris trade shows organised compared to February 2016, there is a 9 per cent increase in attendance. The South American continent too was not lagging behind and displayed a strong interest in the trade shows' fashion business platform with increased attendance from Brazil and Argentina (36 per cent) and from Mexico (5 per cent).

Contractors from Asia were not lacking either, up by 9 per cent. Growing interest from African trade visitors: 17 per cent. The new Texworld and Apparel Sourcing shows in Addis Ababa are no doubt not without relevance in this scenario for the business platform for all fashion-related industries. Top five visitor countries were: France, UK, Spain, Turkey, and Italy.

“A truly successful show, both for visitors and exhibitors who regard it a positive result not experienced for quite a long time. The show got off to an excellent start on the very first day. The market was confident, less hesitant and more assured in terms of activities. With regard to apparel sourcing, it must also be said that visitors to this show had full authority to make decisions. Qualifications did not escape the notice of exhibitors. The latter have also praised the great diversity of fashion brands that were represented: major global players through to young companies having acquired a certain reputation and including well-established ready-to-wear names. This diversity is reflected in buyers’ countries of origin; Russians, British, French and above all North and South Americans were frequently to be seen at the stands,” reports Michael Scherpe, President of Messe Frankfurt France.

Visitors have also been curious, based on their business strategy. As Uzbek Ibragimov Rustam Ismailovich from Imir, a manufacturer of men’s suits, said, “We have made plenty of contacts among proactive visitors who have shown a keen interest and asked numerous questions about the Uzbek clothing industry.

Avantex Paris, the trade fair dedicated to innovative solutions and products for fashion, strengthened its position and built on meaningful discussions between fashion and new technologies. The organisation was lauded by exhibitors and visitors alike for its flow, clear and uncluttered presentation, arranged around the agora, which is the centre for panel discussions and discussions on future prospects. The 4th Avantex Paris show provided a global, transverse offer for the innovative fashion. Textile manufacturers, colleges, institutions and high-tech designers (for prototyping, eco design and manufacture, marketing and sales, the blending of new functionalities with fashion products etc.) were all present at a meeting of the vanguard of the textile industry.

Spring had very nearly arrived in the aisles at Texworld Paris, the trade fair for fabrics, trimmings and accessories for fashion: bringing a breath of fresh air with new products and giving some 730 exhibitors an urge to roll up their sleeves and get things moving. Visitors demonstrated (renewed) confidence in their choices and a definite determination to bring their projects to a successful conclusion. ‘Order’ was without the slightest doubt the word spoken most during conversations at this show, while not so long ago ‘contact’ was the buzzword. However, the word ‘contact’ was still popular, very much heard during the four days of the show, mainly combined with the adjective ‘new’. The great majority of exhibitors observed the arrival of fashion brands and businesses, of major groups or luxury ready-to-wear brands, that were not – or sometimes were no longer – in their portfolio of clients.

Their satisfaction was all the greater because their usual customers were also there to see them. “Our exhibitors are very satisfied with this show as many buyers have come to see us. The layout of stands facilitated contact, which made for a good business climate. We already knew very many visitors and we can now rank Spain and the UK among our new customers. We have attended Texworld Paris for nine years and I can tell you that it is an event definitely not to be missed”, says Kelly Parc from the Korean Textile Centre.