Some retailers including Ascena, RTW Retailwinds, J. Jill, Francesca's, Tailored Brands and others drew on their available credit. The draws that these companies made were essentially a run on capital. They were a source of liquidity for these retailers to run their business during shutdown. They took liquidity out of the system, creating multiple challenges for banks and other lenders, points out Bill Kearney, Senior Managing Director, Encina Business Credit. They also ate into profits, revolvers being lower-margin vehicles for lenders.

As the situation stabilized, retailers also raised cash by selling new bonds. The first retailer to issue a new bond was the luxury department store Nordstorm, which closed on 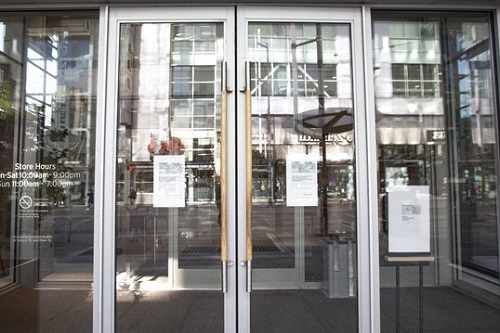 $600 million in new secured notes as well as an amended revolving line of credit in mid-April. This gave the retailer additional liquidity and flexibility in response to uncertainty related to COVID-19. As the discretionary retail world shuttered in response to the pandemic, appetite for retail debt picked up. Following Nordstrom many other retailers also issued new bonds.

To save liquidity, some retailers also put off their rent obligations. Real estate investment trusts (REITs) were able to collect an average 28.9 per cent of April rent payments by late May, say Jefferies analysts. Most of this rent was put off into the future. Even if this rent is paid out later, it would eventually amount to a cash liability, says Raja Sokolyanksha, Vice President, Moody's. According to him, vendor payments are another bill retailers put off as they tried to maintain their cash positions. As these bills from retailers remain pending, money is going to soon have to go back out the door.

Some retailers who don’t need cash in the near term, maybe able to pay their debts as stores reopen. However, they are holding on to the cash from their draws on fear of a second wave of the virus hitting sales again. Hence, there are likely to be higher levels of loan write-offs in the coming quarters, says Secured Finance P Network. Heavy debt loads have a terminal impact on retailers. The interest that they have to pay on these loans could instead be used for upgrading website, omnichannel services, store remodels or maintenance, or to keep employees on staff.

However, retailers who don’t avail of such loans also risk their unavailability in future. In future, these retailers might have less access to cash from their revolvers and other asset-based loans. Also, having less capital could reduce their eligibility to avail loans. This could force them to avail of more expensive and less flexible sources of capital. They also face the risk of sales plummeting again due to multiple deadly waves of mass COVID-19 infections. Unavailability of loans in such a scenario could cause bigger problems for them.