The Italian textile industry, comprised of woolen, cotton, linen, silk and knitted fabrics, registered a turnover of over €7.7 billion, a slight decrease of below 3.2 per cent compared to the previous year.  Although there was a slowdown in 2012, the textile sector closed 2013 with less positive data than was estimated last February at Milano Unica. A decline of below 2.4 per cent was predicted, against more disappointing export figures.

The Italian textile industry plays a leading role in the textile-fashion production chain, making up nearly 15.2 per cent of total sector turnover. The woolen sector remains the primary division, accounting for nearly 36.5 per cent of the sector turnover. As far as the overall performance of the textile industry is concerned, negative results were registered for the woolen sector of below 7.1 per cent, cotton, below 6.4 per cent and linen, below 2.3 per cent. On the other hand, positive results were reported by the knitted fabric with over 4.4 per cent and silk sector, with over 2 per cent growth.

As for the domestic market, a marked improvement has been noted over 2012, supported 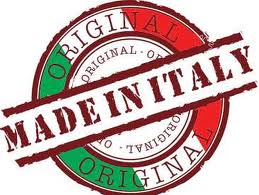 by a rise in imports. As for foreign trade in 2013, while foreign sales of Italian textiles registered an average decrease of below 2.2 per cent, imports increased over 4.2 per cent. Considering foreign trade tendencies, the final 2013 trade balance totaled €2.4 billion, a slight reduction compared to 2012 figure of less than €175 million.

From a geographic viewpoint, both EU markets (which include Croatia since July 2013) and non-EU markets are losing ground but less rapidly compared to the year 2012 in terms of exports. In particular, fabric sales within the EU limit decreased by below 1.4 per cent, while sales outside the EU register were below 4.9 per cent in 2013. On the other hand, imports from EU countries increase by over 3 per cent, while imports from non-EU countries increased by over 5.8 per cent.

The data indicates that the first part of 2014 marks an improvement in performance for the Italian textile Industry when compared to 2013, presenting a positive trend for industrial production and export; along with an increase in imports, which experienced a trend reversal in 2013. Italian textiles (excluding knitted fabrics) showed positive results from January-March and April-June, registering over 9 per cent and over 6.2 per cent rise, respectively. Consequently, in the first half of the year, Italian textile production increased by over 7.6 per cent, almost over-performing when compared to the textile industry as a whole, which increased by over 4.8 per cent.

Even foreign trade has been experiencing a positive trend. In particular, during the first four months of 2014, Italian fabric export increased by over 4.2 per cent, while imports, already on the upswing in 2013, reinforced the increase to over 7.5 per cent. When various fabric divisions are analyzed a growth into double-digits can be noted for knitted fabric export with over 14.8 per cent; woolen fabric export, over 4.1 per cent for worsteds and over 3.2 per cent for carded. While the export of linen fabrics rose by over 6.6 per cent, foreign sales of cotton fabrics registered a low of below 2.7 per cent; even silk fabric export declined by below 2.2 per cent.

As for imports, knitted fabrics are first in line with a substantial increase of over 16.2 per cent; cotton fabrics are also in the positive with over 3.1 per cent, followed by linen fabrics registering over 2.9 per cent; and worsted woolens, 2.4 per cent. However, carded woolens import dropped below 1.1 per cent. On the other hand, the import of pure silk fabrics increased by over 5.8 per cent during the first four months of 2014.

Considering these results, the total turnover for Italian textiles from January-April 2014 reached €577 million, a slight improvement over the same period in 2013. According to SMI estimates, the positive tendency should continue throughout the second quarter.