"More than 64 per cent of supply chain professionals in manufacturing and retail plan to ramp up spending on supply chain digitization in the next three years. More than 25 per cent said they would increase the spend significantly. Shoppers in the US are continuing to flee into the more organised arms of online retail, whereas for the first quarter of 2016, retailers were hemorrhaging."

More than 64 per cent of supply chain professionals in manufacturing and retail plan to ramp up spending on supply chain digitization in the next three years. More than 25 per cent said they would increase the spend significantly. Shoppers in the US are continuing to flee into the more organised arms of online retail, whereas for the first quarter of 2016, retailers were hemorrhaging. The major force behind what is now - and finally - becoming a sea change, is consumers who refuse to waste their time and energy on things that aren’t innovative or efficient. And retailers taking too long to catch on to that fact are feeling it in their bottom lines. 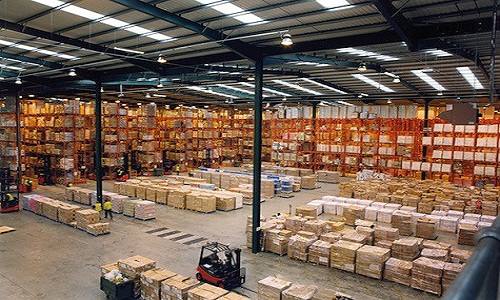 Companies’ need a more balanced process and that process needs to be digitized, according to Robert Sinclair, COO of Li & Fung’s sourcing business. He said in the past the sourcing world has been very transactional, very linear. It’s sequential and that worked for decades. But as the industry matures, the economic balance between mitigation of the product lifecycle management of a manufacturer - which is extremely stressed, financially fragile - retailers and brand owners are also experiencing the same phenomenon, not making the same margins they used to. At either end of the supply chain, the manufacturers and the brand owners and the retailers face similar problems, so a balanced process is really the solution.

According to Sinclair, the answer to that question is no. The solution is collaboration between manufacturers of textiles, bags, shoes, in conjunction with the brand owners and retailers. Align productivity through the supply chain. It’s not looking at one as a standalone; you have to look at the supply chain holistically. Duplication, triplication, cut that out. And a digital supply chain will address that. Checking the checker has been the bane of many companies for years and even now, but that level of inefficiency won’t fly for much longer in today’s market.

Digitization enables movement and it enables efficiency because it provides efficiency and transparency. Think of it like the interstate highway network across North America, Sinclair offered. Those roadways weren’t built and connected overnight, it took decades, but their interconnectedness enabled movement in the same way that electricity enabled light.

Fundamentally it connected things on a massive scale and ultimately, it drove costs down, and digitization will do the same for manufacturing and supply chain, Sinclair said. Digitization is not an end game, it’s just the beginning. Digitization of the supply chain and everything about your business is a fundamental requirement for survival. It’s only a vehicle, an enabler, to stay in the game.

The bigger question companies have, beyond just getting on board with a digitized supply chain is what to do with the business once the supply chain has successfully been converted for the modern era.

It’s going to be up to companies and corporations to leverage the platforms, according to Sinclair. Digitization is the creation of a platform, and what you do with that platform becomes your competitive advantage.

That companies will get left behind for failure to digitize isn’t just an overblown concept - those that don’t will die, with bankruptcy being their burial. There’s going to be a lot of casualties,” Sinclair said. But there’s also going to be a lot of new entries and new platforms that use this new grid to build on. Your competitive advantage is how you mine it, how you monetise it.

Today, manufacturing is a very labor-intensive business, and also a very administratively intensive one, with ‘track and trace’ taking up the lion’s share of time.

According to Sinclair, if you were to digitize the manufacturing process so that RFID (radio frequency identification) picks up the movement of all of the things just described, that sends it to pre-formed reports in the cloud, and it’s being tracked and traced automatically. That’s easy to view real time by the factory, ourselves. It’s powerful but it’s going to create a huge amount of technical unemployment. Companies may not yet have a firm grasp on just how to digitize their supply chains or what will follow after that digitization; many are already making the steps to invest in doing so.

According to a study done by software firm and consultancy JDA Software Group found that more than 64 per cent of supply chain professionals in manufacturing and retail plan to ramp up spending on supply chain digitization in the next three years. More than 25 per cent said they would increase the spend significantly. Nearly 60 per cent of those surveyed cited supply chain visibility as the driving factor behind the in-place plans.