Indian textile needs to quickly turn the wheels of success

"India has an opportunity to promote apparel, leather and footwear sectors because of rising wage levels in China that has resulted in China stabilising or losing market share. India is well positioned to take advantage of China’s falling competitiveness because wage costs in India are significantly lower than in China. Sadly, this is not happening yet. The space vacated by China is fast being taken over by Bangladesh and Vietnam in apparels; Vietnam and Indonesia in leather and footwear."

India has an opportunity to promote apparel, leather and footwear sectors because of rising wage levels in China that has resulted in China stabilising or losing market share. India is well positioned to take advantage of China’s falling competitiveness because wage costs in India are significantly lower than in China. Sadly, this is not happening yet. The space vacated by China is fast being taken over by Bangladesh and Vietnam in apparels; Vietnam and Indonesia in leather and footwear. Indian apparel and leather firms are relocating to Bangladesh, Vietnam, Myanmar, and even Ethiopia. The window of opportunity is narrowing and India needs to act fast if it is to regain competitiveness and market share in these sectors.

Why clothes and shoes? 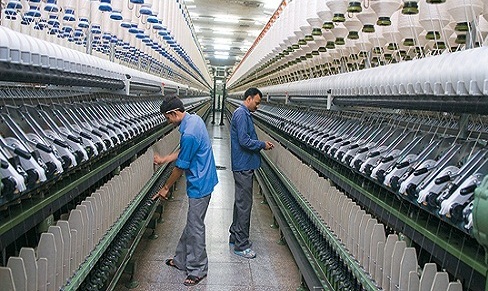 Apparels and leather sectors offer tremendous opportunities for job creation, especially for women. Data show apparels are 80-fold more labour-intensive than autos and 240-fold more jobs than steel. The comparable numbers for leather goods are 33 and 100, respectively. Drawing on World Bank employment elasticities, it can be estimated that rapid export growth could generate about half a million additional direct jobs every year.

The opportunity created for women implies that these sectors could be vehicles for social transformation. Women in apparel factories emphasize the agency they had gained on financial decisions. The agency also extended to husbands starting to helping with household chores. In Bangladesh, female education, total fertility rates, and women’s labour force participation moved positively due to the expansion of the apparel sector.

India still has comparative advantage in terms of cheaper and more abundant labour. But these are nullified by other factors that render them less competitive. The apparel and leather sectors face a set of common challenges: logistics, labour regulations, and tax & tariff policy, and disadvantages emanating from the international trading environment compared to competitor countries. On the logistics front, India is handicapped relative to competitors in a number of ways. The costs and time involved in getting goods from factory to destination are greater than those for other countries. Further, few very large capacity containers (VLCC) come to Indian ports to take cargo so that exports have to be trans-shipped through Colombo, which adds to travel costs and hence reduces the flexibility for manufacturers.

Labour costs, India’s source of comparative advantage in this sector, is also not working in its favour. The problems are well-known: regulations on minimum overtime pay, onerous mandatory contributions that become de facto taxes for low-paid workers in small firms that results in a 45 per cent lower disposable salary, lack of flexibility in part-time work and high minimum wages in some cases. There are strict regulations for overtime wage payment as the Minimum Wages Act 1948 mandates payment of overtime wages at twice the rate of ordinary rates of wages of the worker.

One symptom of labour market problems is that Indian apparel and leather firms are smaller compared to firms in China, Bangladesh and Vietnam. An estimated 78 per cent of firms in India employ less than 50 workers with 10 per cent employing more than 500. In China, the comparable numbers are about 15 per cent and 28 per cent respectively.

On one hand, high tariffs on yarn and fibre increase the cost of production. India imposes a 10 percent tariff on man-made fibers vis-à-vis 6 per cent on cotton fibres. To an extent, this need not affect export competitiveness because drawback for tariffs paid on inputs is available. But drawbacks are not provided for purchases of domestically produced yarn that will reflect the high tariffs, adding to clothing costs. And in any case, domestic sales of clothing will not benefit from duty drawback which could also affect overall export competitiveness.

On the other hand, domestic taxes also favour cotton-based production rather than production based on man-made fibers with 7.5 per cent tax on the former and 8.4 per cent on the latter. To this end, there is a need to undertake rationalisation of domestic policies, which are inconsistent with global demand patterns.

An FTA with EU and UK will help. In the case of apparels, it will offset existing disadvantage for India compared to Bangladesh, Vietnam and Ethiopia, which already enjoy better market access. For leather, the FTA might give India an advantage relative to competitors. In both cases, the incremental impact would be positive.

Several measures form part of the package approved by the government for textiles and apparels in June 2016. Their rationale is to address the challenges described above. Even though these policies do not address all challenges but will go a long way in strengthening the apparel industry. Apparel exporters will be provided relief to offset the impact of state taxes embedded in exports, which could be as high as about 5 per cent of exports. Similar provisions for leather exporters would be useful. This is not a subsidy but really a drawback scheme that should be WTO-consistent because it offsets taxes on exports.