"While the ‘Made in China’ tag is ubiquitous in almost all products today, there are hardly any products with the tag ‘Designed in China’. While China is known as the factory of the world, there is no focus on producing its own creations. Many flourishing designers and prestigious design schools are thus waiting to tap this opportunity. It’s a strange irony that needs attention from the Chinese companies. In fact, nearly half of all the world’s luxury goods — almost 46 per cent — are bought by Chinese shoppers." 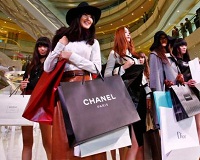 While the ‘Made in China’ tag is ubiquitous in almost all products today, there are hardly any products with the tag ‘Designed in China’. While China is known as the factory of the world, there is no focus on producing its own creations. Many flourishing designers and prestigious design schools are thus waiting to tap this opportunity. It’s a strange irony that needs attention from the Chinese companies. In fact, nearly half of all the world’s luxury goods — almost 46 per cent — are bought by Chinese shoppers. That indicates the burgeoning demand as well. It’s not just buying power that makes China the mightiest fashion consumer on the planet. It’s the workshop of the world, and that’s what actually drives its global potential. 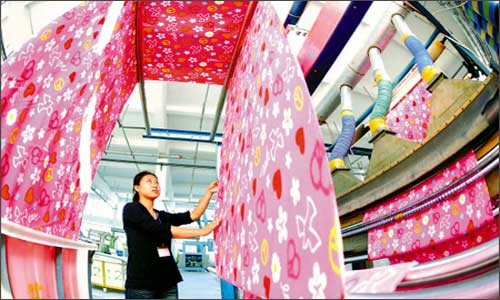 Even though President Trump’s ‘Make America Great Again’ could impact China’s strategy but that won’t change the fact that almost every manufacturer on the planet has China incorporated into its supply chain in some way or another—and fashion brands are a crucial part of this chain.

Filling the gap between self creation and copy

Chinese designers aren’t short of talent or skill but the biggest problem they face is China doesn’t seem to be interested in its own brand. For the Chinese Swiss watches are an essential status symbol, and the country’s elite has developed a taste for high-end French wines. This is hampering the growth of homegrown talent and designers do not have a compelling vision to excel in their profession. For instance, Japanese labels have been successful by reworking blueprints set by the West to create something new and exciting. More recently, Gosha Rubchinskiy has done the same with his quintessentially Russian take on streetwear. Chinese designers showcasing their designs in Paris, New York and London are good but they have not managed to entice the world with an authentic story.

China is home to some of the most advanced textile factories in the world, and has a long legacy of artisanal craftsmanship but the ‘Made in China’ tag has wrongly been associated with cheap, disposable novelties. As Chinese designer, Xander Zhou says, China has become more closely integrated into the global community over the past decades, which means there is now a more enabling environment than ever for the fashion scene.

In mainland China distribution of trendy brands is extremely tight due to hefty import taxes on luxury goods. Luxury watches, for example, are subjected to 60 per cent import tariff, 17 per cent VAT, and in most cases an additional 20 per cent consumption tax. This makes high-end watches in China 97 per cent more expensive than those in Western markets. As a result, many shoppers have to rely on daigou—Chinese resellers—to buy. Based overseas, Daigou purchases luxury goods on behalf of friends, family and clients, allowing them to take advantage of favourable exchange rates and lower luxury tariffs. Daigou are often spotted strolling around luxury boutiques, snapping pictures of pieces for their clients or posting them on their own Weibo profiles. If anything takes their clients’ fancy, the daigou buys it on their behalf and ships it to the mainland at a commission. The Chinese government recently tried to crack down on daigou activity but that doesn’t seem to have curbed it. Successful daigou are social media-savvy, and that’s meant many resellers have since become influencers in China.

Intellectual property rights are not enforced tightly in China, and combine that with the country’s production prowess and consumers’ desire for latest piece emerging from the West, that’s when counterfeit clothing takes shape. Some of the most famous knockoffs are Yeezys, Supreme, Gucci and Off-White. However, short-term thinking is not the right approach to build a legacy in fashion and that’s where China is lacking. Knowing that China is a mysterious, exotic place, one with a deeply complex history and culture, having the right talent, the country needs to tell a story and that too by looking in, not out.