Most countries see fall in exports to US, except Vietnam, Mexico

Among the top ten exporters of clothing to the US, exports from Vietnam registered a robust 7.21 per cent growth. Export from Mexico, Nicaragua and El Salvador also registered moderate growth. On the other hand, exports from China, India, Indonesia, Honduras and Cambodia declined along with those from Bangladesh.

China is the largest source of US apparel imports. Vietnam is in the second place followed by Bangladesh.

There is a change in the attitude of US consumers, who now prefer spending more on electronic gadgets compared to clothes. The US election has also impacted retail sales negatively. Global apparel exports to the US declined 6.44 per cent year-on-year in 2016.

All nine out of ten top apparel exporting nations of the world experienced negative growth in shipment to the US in 2016. Only Vietnam's apparel exports increased 0.30 per cent year-on-year in 2016. 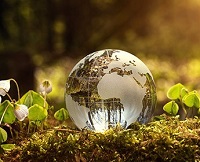 The planet’s biodiversity is declining at a fast rate with the apparel industry being one of the most significant contributors... Read more

As majority of cotton farming and global textile and garment production happens in the developing countries, the textile and apparel... Read more