EU is likely to approve LVMH’s acquisition of US jeweller Tiffany. The EU decision comes amid a legal battle between LVMH and Tiffany, with the latter suing the Louis Vuitton owner in a Delaware court, alleging that the French company has deliberately been stalling the completion of the deal.

Tiffany has alleged that LVMH has improperly tried to renegotiate the deal, which was agreed in November last year before the COVID-19 pandemic emerged and hit countries and companies worldwide.

LVMH has countersued Tiffany, alleging that the U.S. company has been mismanaged during the COVID-19 pandemic.

The European Commission, which is scheduled to decide on the deal by October 26, declined to comment. LVMH and Tiffany did not immediately respond to a request for comment.

The two companies had several overlaps in some areas but these are not serious enough to trigger competition concerns, the people said. The US Committee on Foreign Investment and antitrust enforcers in Australia, Canada, China and South Korea have already given the green light to the deal. 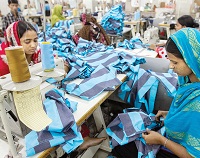