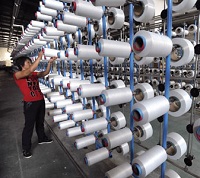 After rapid surge in 2020, demand for technical textiles in China is slowly stabilizing. Demand for surgical masks, protective clothing and related raw materials is gradually declining, slowing the industry’s annual growth rate. A survey by the China Nonwovens & Industrial Textile Association (CNITA) of member enterprises shows domestic and international demand for technical textiles in China dropped 40 per cent during January-May 2021. Demand indexes for both domestic and international market dropped to 49.0 and 43.4 during the first half of the year.

The industrial added value of enterprises above designated size in China dropped 11.9 per cent year-on-year from 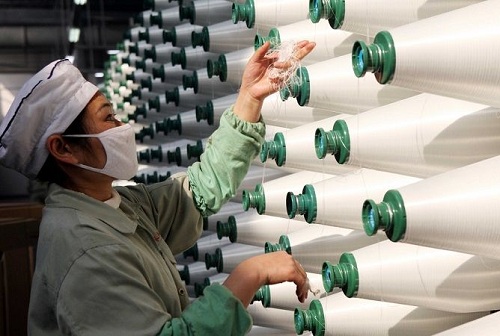 January-May 2021, shows data from the National Bureau of Statistics. However, the two-year average growth of these enterprises still reached 15.2 per cent. Their operating income also increased 0.3 per cent year-on-year to CNY 117.51 billion. On the other hand, total profit dropped 54.5 per cent to reach CNY 7.02 billion while profit rate also declined 7.2 percentage points to 6.0 per cent. The industry is still in a relatively ideal state though it is growing at a slower rate than the chemical fiber and textile machinery industry.

Profit margins drop by 6.2 per cent

Around 50.4 per cent enterprises in China recorded a drop in demand for technical textiles during the period. They attributed this decline to stagnation in global travel, which prevented them from participating in international fairs and exhibitions. Around 37.8 per cent enterprises also reported difficulties in hiring qualified workers and increase in international shipping costs.

The surveyed enterprises also reported facing external challenges like the excessively rapid increase in raw material prices. Around 52.4 per cent enterprises believe, excessive expansion in production capacity has increased competition amongst the enterprises. However, these enterprises are confident that their ability to innovate and maintain the required quality standards will help them surge ahead of competitors.