"The UK shook the world with Brexit vote as the country is the fifth largest economy of the global market and second in the EU after Germany. Brexit will not only result in crucial changes for the UK and its economy but also for the whole region. The leaving process is expected to take 2-3 years and is expected to have a major impact on Turkish economy."

The UK shook the world with Brexit vote as the country is the fifth largest economy of the global market and second in the EU after Germany. Brexit will not only result in crucial changes for the UK and its economy but also for the whole region. The leaving process is expected to take 2-3 years and is expected to have a major impact on Turkish economy. As an important partner in both export and imports, the UK counts among crucial markets of textiles and ready-to-wear industries. Experts feel rapid new trade regulations should be developed with the UK as it is set to exit tariff union once Brexit is complete. 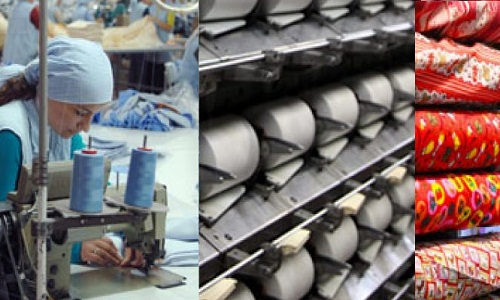 The total foreign trade volume between Turkey and the UK was approx imately $16 billion in 2015. Turkey has been importing more from the country since 2001. As per 2015 data, exports from Turkey to the UK were $10.56 billion while imports were around $5.54 billion. Exports to that country increased 80 per cent in the last decade. Turkey’s total exports to the UK were up to $3.5 billion.

UK is the second largest market for RMG Turkey’s 13 per cent of total 2015 RMG exports at $17 billion, were made to the UK out of which $2.2 million were achieved as income. Thus, the UK was the second largest market for Turkish garments after Germany. The industry’s exports to the UK was $671 million in January-April 2016. Meanwhile, Turkey imported only around $21.8 million from the UK during 2015.

According to İHKİB President Hikmet Tanrıverdi, the UK is the second RMG market for Turkey following by Germany, adding that exports were on a positive path during the first 5 months of 2016. Analysts foresee the country will grow 6 per cent less until 2030 following the exit. Therefore, Turkey may see some negative reflections on trade with England. Nevertheless, the country may witness some positive impacts and Brexit may open new opportunities for their exports as well. Brexit will push the UK out of Tariff Union and Turkey and the UK should create a new mechanism for foreign trade rapidly.

UK is an important market for Turkish ready-wear industry, according to TGSD President Şeref Fayat, the country is the only one for which Turkey records foreign trade surplus. He argued that UK leaving Tariff Union and possible duties on Turkish exports will cause negative affects particularly for ready-wear industry. If the UK does not sign FTA with Turkey once it leaves the EU, they may face a dramatic end-up similar to the US, to which our export goods are due to 30 per cent duty.