Bangladesh can show the way in global supply chain

Bangladesh can become an example of a protective global supply chain, providing a model that can be adopted by countries around the world. It has been almost seven years since the Rana Plaza factory disaster, killing more than 1,100 workers, mostly young women, and injuring 2,500 others.

More broadly, there is a need for fresh approaches to address labor rights in Bangladesh and elsewhere. Buyers need to acknowledge how their own business models – which put a premium on lowest cost and fastest turnaround – often exacerbate pressures on local factory owners and harm workers. These global brands must also move away from the punitive policing model that currently places blame on local suppliers whenever factory auditors spot a problem. Instead, there is a need for a more collaborative model, one that emphasizes greater communications and cooperation between buyers and suppliers, and shares responsibility for the well-being of workers.

Bangladesh’s readymade garment industry is the second largest in the world and a major supplier to Europe. Since 2008, Bangladesh apparel exports have more than tripled, garment sector exports account for 82 per cent of all exports from the country. This tremendous growth has helped fuel the country’s economic development and cut the level of extreme poverty to half since 2000. 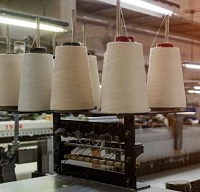