Global economic slowdown and US-China trade war caused the world merchandise trade to fall for the first time in 2019 since the 2008 global financial crisis. According to newly released World Trade Statistical Review 2020 report by WTO, world merchandise trade fell by 3 per cent in value and 0.1 per cent in volume during 2018-2019 as compared to the positive growth of 2.8 per cent witnessed during 2017-2018. The report estimates the value of world textiles and apparel exports to have decreased by 2.4 per and 0.4 per cent to $305 billion and $492 billion respectively in 2019.

However, the pattern of world textile exports remained stable during the year with China, European Union (EU28), and India retaining 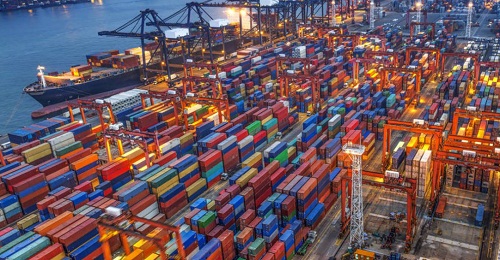 The global textile import market is being increasingly driven by apparel-exporting countries in the developing world. In 2019, Vietnam was one of the world’s top three largest textile importers. In contrast, the market shares of the US and the EU declined from 40 per cent in 2010 to only 31.2 per cent in 2019.

US and the EU imported more finished textile products such as home furnishings and carpets as well as highly specialized technical textiles. Their demand for import of intermediary textile raw materials weakened during the year.

Most of the global apparel import demand is coming from emerging economies with a booming middle class. During the year, the European Union (EU28), US, and Japan emerged as the world’s top three importers of apparel. They absorbed 58.1 per cent of world apparel demand in 2019. However, their imports dropped by almost 84 per cent since 2005. This was a result of emerging economies becoming the world largest apparel consumption markets during the year. For example China’s apparel imports grew by 8.1 per cent to $8.9 billion. From 2010 to 2019, the country imported apparels at the rate of 15 per cent annually against 1.9 per cent imports by the traditional top three importers.

This story is taken from the blog by Dr. Sheng Lu, Associate Professor, Department of Fashion & Apparel Studies, University of Delaware, where he has analysed WTO report in details