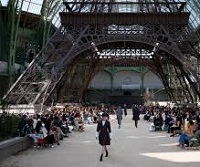 One of the most important announcements made by President Biden on his first day in office was that the US will rejoin Paris Agreement. This indeed is a positive step for global environment and US is taking the lead. For the fashion industry, this is a clear message to focus more on their sustainability goals.

For the US rejoining the Paris Agreement is a move in the right direction as one of the biggest greenhouse emitter in the world. For the US it’s important to lead from the front and set an example as their participation is important to make any progress in reducing global emissions. However, at the moment the Democrats have a thin majority in US Senate and as exemplified from former President Trump’s impeachment move, passing any legislation will be a challenge.

As per a WWD report, the process of rejoining Paris Agreement takes almost a month. However, at the moment “undoing previous environmental 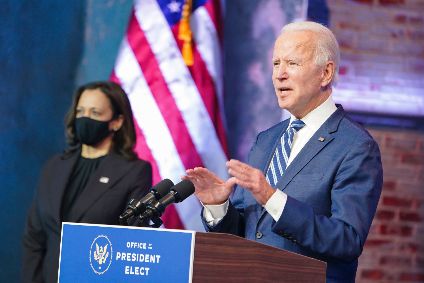 rollbacks and rewriting law to realize the bold pledge of making the country carbon-neutral by 2050 is more daunting.”

Experts believe this time round there will be more focus on industries that emit the most including the fashion industry. And as the WWD report suggests “Look for the new Environmental Protection Agency administrator, Michael Regan, to push broad sustainability policies across the U.S. economy. For fashion, this will likely highlight the need to reuse clothing, streamlining supply chains to reduce the carbon footprint.” However, the fact is legislations can only work up to a point and there needs to be broad realization about the need to cut emission across industries done through public communications.

As Ariele Elia, Assistant Director, Fashion Law Institute at Fordham Law School believes when the administration signs back stakeholders in the fashion industry will realize “at some point there will be some accountability, so they need to start considering (sustainability), and considering it beyond just a marketing plan — but from the scientific perspective.” Meanwhile, rejoining the Agreement will mean some responsibility from fashion companies as they will not be able to sideline the topic any more.

The WWD reports also highlights, earlier expert marketing efforts steered the blame toward consumers for overconsumption and wastefulness, “where the reality is, the volume of clothing being produced shows no sign of slowing” In fact, Boston Consulting Group and McKinsey & Co reports have suggested earlier recycling efforts lack enforcement or proper infrastructure.

Elia feels taxing on the amount of waste emitted could be a way to pin responsibility on fashion companies. She also believes, the Federal Trade Commission, could play an important role in educating consumers on sustainable fashion. Moreover, other moves by the Biden administration like revitalizing the African Growth and Opportunity Act Forum, or the US-Africa Leaders Summit initiated by Obama, because of what it means for the used clothing sector also need to be watched. However, as she sums up on “the need to ‘bridge’ policy, science and fashion business.”